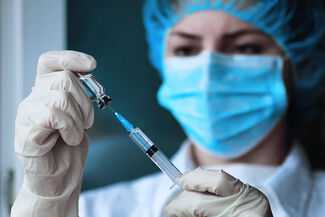 There are very few professionals in the world that are more trusted and respected than doctors. And more often than not, that’s extremely well-deserved.

But sometimes, even in Orlando, those doctors don’t live up to those expectations, failing to adhere to the standards of care we expect from the medical profession.

Careless mistakes can result in considerable harm, such as a permanent disability or even death. When a medical procedure is unexpectedly botched and causes severe damage, it’s understandable to wonder if avoidable mistakes were made.

These mistakes, however, can be hard to prove, and holding those responsible can seem frustrating, and sometimes impossible.

Fortunately for you, Morgan & Morgan’s medical malpractice lawyers in Orlando understand your frustrations, and more importantly understand how best to tackle your case.

Payouts for medical malpractice have consistently increased over the past few years, and we’ve been successful in Florida investigating medical malpractice, holding negligent doctors, nurses, and health care facilities responsible.

What is Medical Malpractice?

Medical malpractice takes on quite a few different, worrisome forms. The most common example of medical malpractice would be a surgical error - say, an organ getting nicked during surgery and the failure to notice and repair it. However, there are several other forms that are also common in Florida. These include, but are not limited to:

According to the National Practitioner Data Bank, compiled by the U.S. Department of Health, there were 148,909 settlements, awards, judgments, or other monetary exchanges relating to medical malpractice claims from 2005-2015.

11,776 of these were in Florida, third only to California and New York for number of successful medical malpractice claims. This is in spite of pushback from the medical community, such as its unsuccessful attempt to cap damages in 2014.

An operation going poorly or a patient suffering unique consequences for a treatable condition is not, by itself, enough for a successful claim of medical malpractice.

Our lawyers comb through pages and pages of medical records in order to get the most accurate depiction as possible of what occurred. These records are then reviewed with qualified and well-regarded medical professionals.

They, in turn, help determine whether something was done outside the level of care a reasonably competent medical professional with similar experience in the same field would have done under the same circumstances.

In addition, medical malpractice lawyers have to take into account a number of statutes and definitions that relate to the case. This can include what constitutes a “catastrophic injury,” as well as the severity of noneconomic damages, which involve both the physical and emotional turmoil caused by medical malpractice.

These are determined via Florida’s most recent statutes on medical malpractice and related matters.

Our medical malpractice lawyers have a reputation for getting our clients big verdicts and big settlements. Here are some examples of million-dollar cases we’ve won.

If You've Been Hurt by Medical Malpractice in Orlando, Call Today

The process of proving a medical malpractice case is an arduous task, and one can’t expect justice going about it alone. In most cases, doctors and hospitals will not admit wrongdoing and will not offer to pay compensation without a fight.

Our medical malpractice lawyers at Morgan & Morgan have been successful throughout Florida. They have held health care providers accountable for carelessness with multi-million dollar settlements, awards, and verdicts, including one for $38.75 million dollars against a doctor who failed to perform a necessary C-section in a timely manner.