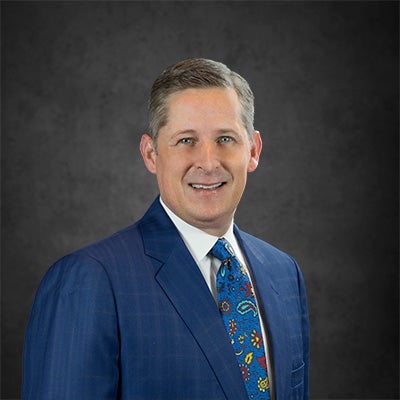 Joseph Shaughnessy is the managing partner for all of Morgan & Morgan, P.A.’s Central Florida offices. He is also a member of the firm’s state-wide Risk Management Committee and the Firm’s National Executive Committee. He was raised in Pittsburgh, PA and following graduation from Peabody High School he enlisted in the United States Air Force. Over the course of his enlistment, he served with distinction at home and abroad and attained the rank of Staff Sergeant before being Honorably Discharged in 1991. Mr. Shaughnessy attended Florida State University and received his Bachelor of Science degree, Cum Laude, in International Affairs in 1994. He then attended the University Of Florida College Of Law, where he graduated in 1997.

Mr. Shaughnessy began his legal career working for a statewide civil trial defense firm, specializing in medical malpractice, nursing home, catastrophic personal injury and wrongful death cases. In 1999, he joined Morgan & Morgan and began aggressively pursuing claims on behalf of clients injured by the negligence of others. Since joining the firm, he has represented thousands of clients and their families and has obtained multiple awards in excess of one million dollars.

Mr. Shaughnessy has also been actively involved with The Florida Justice Association and in concert with them has actively lobbied the Florida Legislature to ensure consumer friendly legislation is passed and block any attempts to restrict the constitutional right to have access to the Courts. He has served as a board member and was subsequently elected to serve as one of five state wide executive members of this state wide organization.

During Mr. Shaughnessy's work with the Florida Justice Association he was honored to be recognized by them with both Gold and Silver Eagle “Lawyer to Legacy” awards for his contributions in allowing the Florida Justice Association to continue to promote the preservation and promotion of the civil jury trial system, and elevating the standards of integrity, honor, ethics, civility, and courtesy in the legal profession.

Mr. Shaughnessy has dedicated much of his practice over the last several years in his role as managing partner to mentoring and assisting younger attorneys’ progress in their careers. In doing so he stresses the vital importance of staying attuned to changes in the law and in honing their skills in jury trials. More importantly, he helps them understand they can only be successful in the workplace if they are successful at home with their families. As such he conveys that maintaining a healthy work/life balance isn’t just important but is a necessity.

Mr. Shaughnessy previously served on the Community Leadership Committee for the Howard Phillips Center for Children and Families. This non-profit organization provides an invaluable contribution to our Central Florida Community via programs that promote dignity and healing for children, families, and individuals who face overwhelming challenges like child abuse, sexual trauma, developmental disabilities, and lack of access to medical care. He and his family continue to support local and national charitable organizations that provide needed services for the less fortunate in our society.