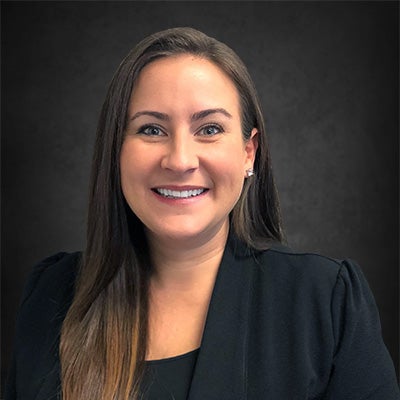 Before law school, Anna volunteered in a United Nations Liberian Refugee Camp in Ghana, West Africa, for six months. She then attended the Boston University School of Law, earning her Juris Doctor in 2008. During law school, Anna was on the International Law Journal, competed in Moot Court, and spent a summer in Rome, Italy, volunteering for the United Nations’ World Food Programme.

In 2008, Anna returned to her roots in Tallahassee and began working at the Florida Public Service Commission in the Office of the General Counsel’s Economic Regulation Section.

In 2011, Anna became a prosecutor with the Second Judicial Circuit’s State Attorney’s Office (SAO). Anna prosecuted thousands of crimes, ranging from misdemeanor DUIs to the most serious felony offenses, including armed robberies, capital sexual batteries, and first-degree murders, and she specialized in prosecuting sex crimes. In 2018, Anna became a Felony Division Chief in Leon County. During her tenure at the SAO, Anna tried over 120 jury trials to verdict as lead trial attorney, and in 2017, she tried the most cases in her circuit (22 felony jury trials).

Anna joined Morgan & Morgan as a Personal Injury Litigation Attorney and she is passionate about pursuing justice and zealously advocating for those who have been wronged. She is licensed to practice in Florida, New York, and Massachusetts.

She enjoys running, going to the beach, and spending time with her friends, family, and dog.