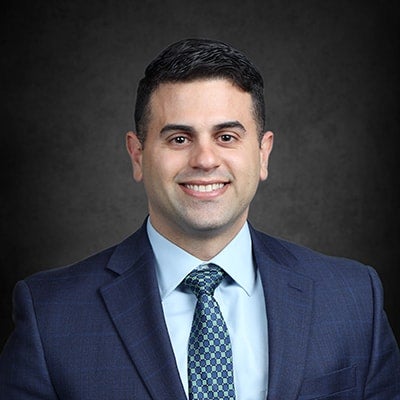 R. Ryan Sainz is a native of Tampa, Florida. He graduated from Chamberlain High School. Following his graduation, he attended Florida College where he was a 2-year letter winner in baseball and part of the 2004 National Championship team. Mr. Sainz’s athletic accomplishments led to a full baseball scholarship to Savannah State University where he continued his leadership as a 2-year letter winner and team captain.

Following the completion of his athletic eligibility, Ryan returned home to Tampa where he completed his undergraduate degree from the University of South Florida. After graduation, Mr. Sainz attended the Barry University Dwayne O. Andreas School of Law.

While attending law school, Mr. Sainz was an active member of the nationally recognized trial team. His desire to become a trial attorney was confirmed after being a member of the team that won the ABA National Criminal Justice Trial Advocacy Competition in 2012.

Following his graduation from law school, Mr. Sainz was admitted to the Florida Bar and began his legal career for a large national civil defense law firm. During his time as a defense attorney, Mr. Sainz was retained by insurance companies and large corporations to defend lawsuits filed by the injured. In his career, Mr. Sainz has tried multiple cases throughout Florida involving auto negligence, chemical burns, slip and falls, wrongful death and traumatic brain injuries.

Mr. Sainz’s desire to shift his focus from defending corporations to defending the injured is what led him to Morgan & Morgan. Today, Mr. Sainz is able to use his extensive litigation experience to represent clients, specializing in automobile accidents.