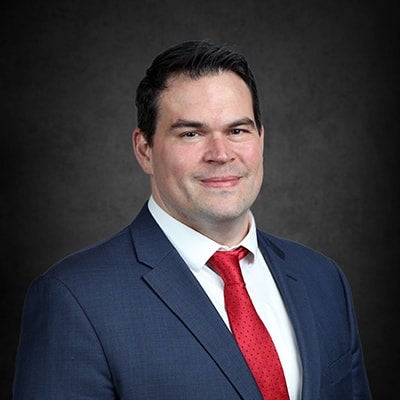 Dan Smith is originally from Kansas City, Missouri but has called Florida home since 2005. He received his B.A. in business management from William Jewell College, where he was also a four-year letterman, scholar athlete, and team captain on the football team. After completing his business degree at William Jewell College he moved to Florida where he obtained his J.D. from St. Thomas University School of Law in Miami. During law school Mr. Smith also studied international law at the University College London and was intern at 23 Essex, a large London-based law firm.

After graduation and being admitted to the Florida bar, Mr. Smith began his legal career as an assistant public defender in Miami-Dade and Brevard County where he gained significant jury trial experience in both county and circuit court. Prior to joining Morgan & Morgan, Mr. Smith was the Central Florida litigation manager for the state’s largest non-standard insurance company. His current practice focuses on representing physicians in payment disputes with insurance companies.

Mr. Smith lives in Tampa, Florida with his wife Katie and their daughter Ivy.