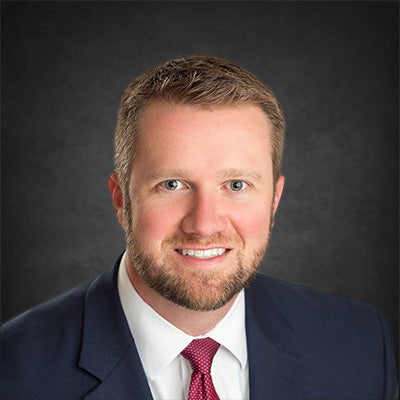 W. Doug Martin is a Shareholder of Morgan & Morgan, P.A. and Board Certified in Civil Trial Law by The Florida Bar. He was born in Beckley, West Virginia in 1980 and has lived in Central Florida since the age of five. He received his Bachelor of Science in Business Administration with a major in Finance from the University of Florida in 2002. Mr. Martin graduated from the University of Florida Levin College of Law in 2005, where he received the Book Award for Trial Practice and Honors for Appellate Advocacy.

In January of 2017, Mr. Martin joined the Orlando office of Morgan & Morgan, P.A. where he currently focuses his practice on personal injury litigation. Mr. Martin provides aggressive representation while maintaining compassion for his clients. In each case, Mr. Martin brings his experience litigating cases in both state and federal courts, as well as significant trial experience as a board certified civil trial lawyer. Mr. Martin has won significant verdicts on behalf of his clients, including verdicts of $6,560,000.00; $1,657,052.65; $1,426,767.11 and $366,179.18. Mr. Martin has been recognized for his superior qualifications, trial results, and leadership as a lawyer.