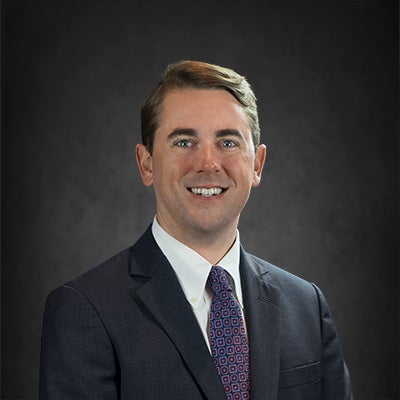 Brock Hjalma Johnson is a native Floridian who has lived in the Tampa Bay area nearly his entire life. Brock was born and raised in Dade City, Florida. He graduated from Tampa Preparatory School in 2003 and received his undergraduate degree from the University of Florida in 2007.

Following his graduation from UF, Mr. Johnson worked on Capitol Hill in Washington D.C. as a member of the legislative staff for U.S. Senator Mel Martinez. His time in D.C. confirmed his desire to pursue a law degree and he moved back to Florida to attend Stetson University College of Law.

While at Stetson, Mr. Johnson was a member of the nationally recognized Stetson Trial Team. His aspiration to become a trial attorney was solidified after being part of a three-person team that won the 2010 National Trial Competition. He graduated from Stetson and was admitted to the Florida Bar in 2011.

Brock Johnson began his legal career at Banker Lopez Gassler P.A., practicing in the field of civil defense litigation. He has tried multiple cases arising out of auto accident and premises liability claims. Florida SuperLawyers named him a “Rising Star” in 2013, 2014 and 2015.

Mr. Johnson joined Morgan & Morgan in 2015 so that he could put his litigation and trial skills to work for the people of Florida.