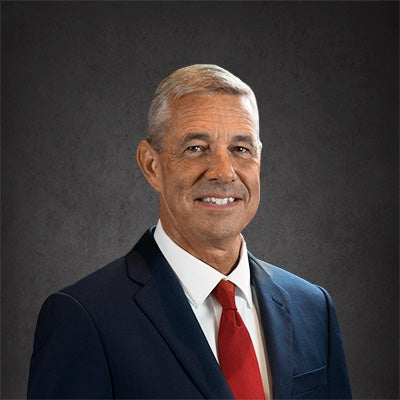 Russell Artille was born and raised in St. Petersburg, Florida. He has been practicing in the medical malpractice arena for over 30 years. He received his undergraduate degree from the University of South Florida and his Juris Doctorate from Stetson University College of Law. Mr. Artille was the recipient of the Victor O’Wehle Trial Practice Award and was an Albert R. Miguel Moot Court finalist.

Mr. Artille has received the highest possible peer review rating by Martindale-Hubbell in legal ability and ethical standards. In his nearly 20 years with Morgan & Morgan, he has been lead counsel in countless complex medical malpractice trials and he has achieved numerous multi-million dollar verdicts and settlements for his clients.

On a personal note, Mr. Artille and his wife, Regina, have three children, Adam, Jessica and Hannah. He also holds a 6th degree masters black belt in Tae Kwon Do.