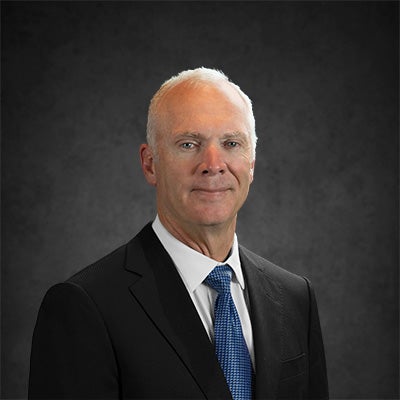 Scott Borders is a native of Tampa, born in 1962. He graduated from Chamberlain High in 1980. After Chamberlain, he attended the University of South Florida where he obtained his Bachelor of Arts in Criminal Justice in 1984. His academic performance at USF earned his acceptance into The National Criminal Justice Honor Society, Alpha Phi Sigma.

Mr. Borders attended law school at Stetson University College of Law and graduated in 1987. While at Stetson, he was a member of the College’s first Labor Law Moot Court Team and represented the school at the national competition at New York University in 1987.

In April 1988, Mr. Borders began his career representing individuals in Florida’s civil courts. Since that day, he has represented the consumer, the injured and their families. He has taken on most insurance companies in Florida, many auto manufacturers, many auto dealerships, debt collectors, negligent doctors and hospitals. Not all of those battles ended in the courtroom.

In 1997 The Florida Bar granted him “Board Certification as a specialist in Civil Trial Law”. In order be eligible for Board certification, a lawyer must have extensive trial experience as the lead attorney in jury trials. Once eligible, the attorney must pass an extensive written examination focusing specifically on civil trial law. Less than 5% of all attorneys ever become Board Certified.

Mr. Borders has been honored with the prestigious “AV rating” by Martindale-Hubbell, the preeminent national publication in the legal field. This rating is based upon evaluations by other lawyers and is the highest ranking attainable by an attorney for ability and ethics in the practice of law. It is a distinction reserved for a select few in the legal community.

In 2008, he was admitted into the prestigious American Board of Trial Advocates having been found by his peers to “possess the requisite skill, integrity and experience in the special art of advocacy to qualify for admission”. This was one of Scott’s proudest accomplishments.

In January of 2000, he joined Morgan & Morgan. Since then, he has had extensive litigation and trial experience in medical negligence cases and catastrophic negligence cases. He has represented our clients in many cases resulting in large settlements and verdicts. As Scott says above, “Success in a lawsuit can be measured in many ways. I measure my success by my client's satisfaction that they were represented with skill, effort and heart.

Outside of the practice of law, Mr. Borders is a proud husband, father and member of the Bay Area community. He and his wife Anne have 3 children Matthew, Bridgett and Jackson. He has been a volunteer coach of soccer teams at Hillsborough County United Soccer since 2000. He has participated in the “Great American Teach In” for Hillsborough County Schools since 1999.