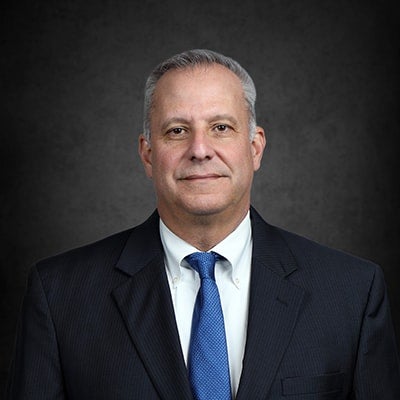 Basil Valdivia began his Legal career with the City of Orlando in 1992, when he was appointed Special Assistant Police Legal Advisor/City Prosecutor. In 1993 Mr. Valdivia accepted a position to serve as an Assistant State attorney for the Ninth Judicial Circuit serving Orange and Osceola County. During the six years with the State Attorney's Office Mr. Valdivia served in many capacities from Osceola County Juvenile Division Prosecutor; Orange County Felony Trial Division; and Sex Crimes Unit Prosecutor. As a prosecutor, Mr. Valdivia successfully prosecuted hundreds of cases and had over one hundred trials.

In 1999 Mr. Valdivia was appointed by Gov. Jeb Bush to serve on the Capital Punishment Commission. The Commission's task was to look at the Death Penalty as it was applied in Florida and to make recommendations. The Commission after many meetings and hours of testimony made recommendations some of which were enacted by the Florida legislature in the following legislative session.

Mr. Valdivia joined the firm of Morgan and Morgan in 1999, where he has been able to help hundreds of clients who have been injured. Mr. Valdivia currently heads the Workers' Compensation Department for the Orlando office. Mr. Valdivia has continued to be involved in public service by being a member of and serving on the boards of non-profits agencies. Mr. Valdivia lives in Windermere, Florida with his wife Emily Raleen Huhne and their two children Isabella, and Henry.