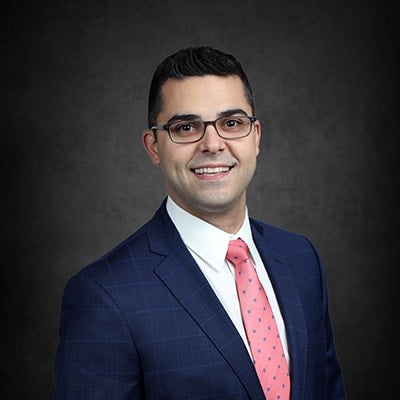 Manny Stefan is an Associate Attorney out of Morgan & Morgan's Kissimmee office located in Osceola County, just outside the metro Orlando area. He earned his Bachelors Degree from the University of Central Florida. He then went on to earn his Law Degree from Barry University. During law school he was fortunate enough to clerk at one of the states most powerful and reputable firms, getting early exposure to the courtroom.

Mr. Stefan then continued on to advance his legal career specifically in the world of Personal Injury. He worked at a local Plaintiff's law firm for several years; wherein, he helped out hundreds of people. His services reached anything dealing from auto accidents to slip and fall cases. Many times taking on the challenges of hard nose litigation and having to fight some of the biggest names in the consumer and insurance world.

Mr. Stefan was born in Honduras, and at the young age of 8 years old moved to the United States. He grew up in the Central Florida area. He is the son of hard working and dedicated parents, and a brother to a loving sister. Throughout his childhood summers he would return to Honduras to spend time with his family. Over the years he was exposed to a country like Honduras, and others, rich in culture and love, but poor in progression and exploited by the powerful. This created a desire for him to want to help those who lack the ability or resources to combat the powerful in moments of righteousness or turmoil.

Mr. Stefan brings his desire to help others when they feel they cannot help themselves, and combines his prior experiences to be able to help you, the people. He is an advocate of responsibility and having a house of accountability.

Mr. Stefan loves his family, his wife, baseball, and most importantly, his dog!