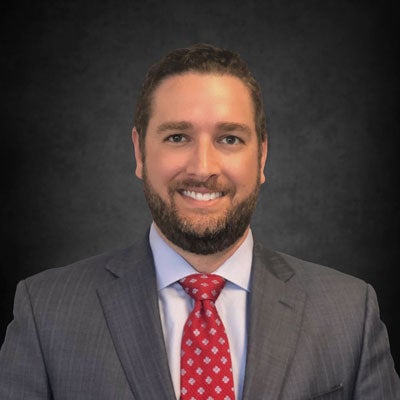 Mr. Woodard is an experienced trial attorney with a demonstrated history working in state and federal personal injury litigation.  Mr. Woodard was born in Winter Park, Florida and lives in Orlando, Florida with his wife and son.  He graduated from Edgewater High School with Honors in 2005 and later attended the University of Florida where he received his Bachelor of Arts with High Honors in 2009.  Thereafter, Mr. Woodard attended Stetson University College of Law where he graduated in the top of his class with Honors in 2012 and received the prestigious Certificate of Concentration in Advocacy.

While in law School, Mr. Woodard interned at Florida’s Second District Court of Appeal for Judge Craig Villanti and worked as the law school’s legal research liaison for one of the largest multinational mass media and information firms operating in the United States. Mr. Woodard was the President of Phi Delta Phi Legal Honor Fraternity and received the highest grade Book Award in several areas, including Medical Jurisprudence, Tort Law Practice and Skills, and Trial Advocacy.  Upon graduation, Mr. Woodard was presented the Victor O. Wehle Award for Excellence in Trial Advocacy.

In July of 2019, Mr. Woodard joined the Orlando office of Morgan & Morgan, P.A. where he currently focuses his practice on personal injury litigation and premises liability claims. Mr. Woodard provides aggressive representation while maintaining compassion for his clients. In each case, Mr. Woodard brings his years of knowledge and experience in state and federal court to help the people fight for justice and to preserve the right of access for all persons to the civil jury trial system.

Mr. Woodard is a member of the Florida Bar and the United States District Court for the Middle District of Florida.  Since 2015, Mr. Woodard has been recognized by his peers with an AV Preeminent® rating from Martindale-Hubbell®, which is only awarded to attorneys with the highest level of professional excellence for their legal knowledge, communication skills and ethical standards. In 2019, Mr. Woodard became a member of The National Trial Lawyers: Top 40 Under 40.