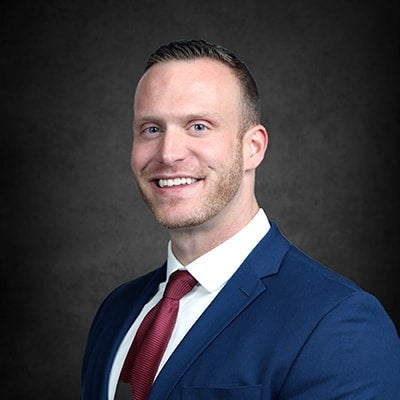 A native Floridian, Eric Smith was born and raised in Central Florida. He received a Bachelor’s Degree in Journalism from the University of Florida in 2009, graduating summa cum laude and as valedictorian of the College of Journalism and Communications after maintaining a perfect 4.0 throughout his undergraduate career. During his undergraduate career, Mr. Smith served as a student senator, President of the Journalism and Communications College Council and as a director for the world-renown Gator Growl, the largest student-run pep rally in the world. He was also active with Dance Marathon at the University of Florida, the most successful student-run philanthropy in the Southeastern United States, where he served as both a dancer/fundraiser and liaison between the organization and the families of young patients at Shands Children’s Hospital.

Eric Smith graduated cum laude with his law degree from the University of Florida Levin College of Law in May 2012. He sat for, and passed, the Florida Bar in July 2012. While in law school, Mr. Smith was inducted into the prestigious Florida Blue Key and served as a teaching assistant for both Legal Research and Writing and Appellate Advocacy. He received the “book award” for the highest grade in both Evidence and Trial Practice. Eric was selected to participate in the school’s County Court Mediation Clinic where he had the opportunity to observe and co-mediate actual small-claims cases, which allowed him to acquire status as a County Court Mediator, certified by the Florida Supreme Court. Eric also had the privilege of serving as a legal extern to the Honorable Anne C. Conway, Chief Judge of the Middle District of Florida.

Mr. Smith began his law practice defending some of the largest insurance companies and employers in Florida, gaining extensive and imperative insight into how these companies approach a dispute. He joined Morgan & Morgan in 2013. Outside of the practice of law, he currently serves as a board member on the Key Initiative Committee for the Ronald McDonald House Charities of Central Florida.