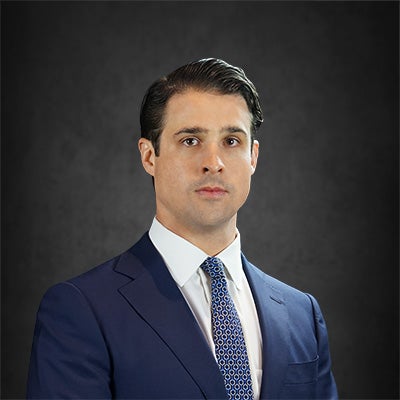 A. Crosby Crane was born and raised in Tampa, Florida. He attended the University of Florida on a bright futures scholarship from 2002—2006, graduating with honors and a political science degree. As the son of an attorney, Mr. Crane knew he wanted to be a litigator, so he attended the Stetson College of Law to develop his skills in the courtroom. While pursuing his law degree, he took advantage of Stetson’s nationally recognized trial advocacy program so that he would be prepared for his legal career.

After graduation, Mr. Crane accepted a position with a small civil trial law firm where he primarily defended hospitals and trucking companies. Despite being given an opportunity to learn from one of the finest litigators in the State of Florida, the nature of the work was not personally fulfilling; Mr. Crane knew that he needed to use his skills for the benefit of those truly in need. Mr. Crane joined Morgan & Morgan to fight for the rights of the men, women and children in his community. It gives him great pride to know that his efforts will make a difference in lives of every day citizens and make the Tampa Bay Area a safer place for future generations.

In addition to his professional life, Mr. Crane is a firm supporter of the Pediatric Cancer Foundation and their goal to develop less-toxic treatments for patients. During his spare time, he is an avid fan of all University of Florida sporting events and a proud owner of an American Bulldog, Layla. His entire family continues to reside Tampa, Florida. They have always been dedicated to this city and the people who make it so great.

Mr. Crane is a direct descendant of Colonel John Crane (1744—1805), a participant in the Boston Tea Party, member of the Sons of Liberty, and Commanding Officer in the Continental Army during the American Revolutionary War.