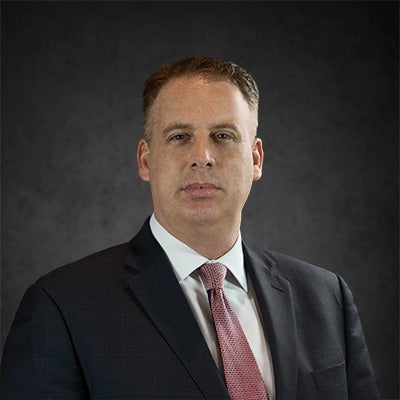 R.A. Patterson, III began his legal career defending the rights of abused and neglected children in judicial hearings through the Guardian Ad Litem program even before he attended law school. During the summer of his second year of law school, he worked with the Escambia County State Attorney's office handling full criminal jury trials under the supervision of a licensed attorney. He prosecuted three cases to jury trial before returning to finish school. Mr. Patterson returned to Escambia County and worked for two years defending criminal cases as an Assistant Public Defender.

Mr. Patterson entered private practice in 1996 and worked as counsel for both injured workers and for the insurance companies until 1998 when he joined with Morgan & Morgan. He has worked exclusively for injured workers' and Florida's consumers ever since. Mr. Patterson has represented thousands of injured workers and continues to be active in protecting their rights through his support of legislative and lobbying efforts to reform Florida's Workers' Compensation Law.

Mr. Patterson goes by his nickname Brook; he lives in Valrico, Florida with his wife, Sally and his two children, Riley and Gracie.