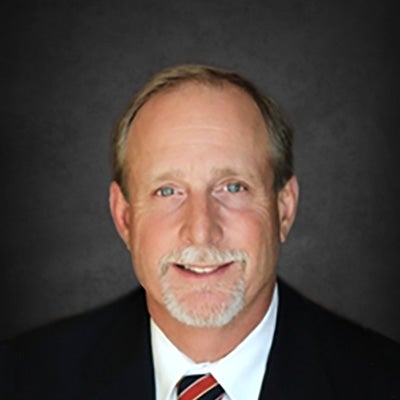 Scott Bates was born January 19, 1956, in Frankfurt, West Germany. He received his B.A. in 1978 and his J.D. in 1981 from the University of Florida where he was a member of the Alpha Tau Omega fraternity. He is admitted to practice in both the United States District Courts of the Southern and Middle Districts, as well as the U.S. Court of Appeals, 11th Circuit, as well as being admitted to practice in Tennessee since 2000.

In 1989, at the age of 32, he was one of the youngest lawyers in Florida to become a Board Certified Civil Trial Lawyer. He is also Board Certified as a Civil Trial Lawyer by the National Board of Trial Advocates. In 1989, he was the youngest of 35 trial lawyers selected to become Charter Members of the Central Florida Chapter of the American Board of Trial Advocates, a select organization of Plaintiff and Defense Trial Lawyers whose selection process is by substantial trial qualification. Mr. Bates has been an AV rated lawyer by Martindale Hubbell for over 25 years.

Mr. Bates is a recognized and frequent lecturer, both to physicians and attorneys, in the area of medical malpractice litigation, peer-review privileges, and medical records law. He has a well-recognized expertise in the evaluation, litigation, and trial of failure to diagnose cancer cases. He has tried to verdict in excess of 100 medical malpractice cases, and has participated as Appellate counsel in over 15 reported cases, including the often cited Florida Supreme Court decision in Amente v. Newman, M.D. In 1996, he received what was believed to be the largest Plaintiff's medical malpractice verdict in Seminole County's history in the Amente case.

Mr. Bates is also involved in civic activities. From 1995-1999, Mr. Bates was a member of the Board of Directors of the Metro Orlando Unit of the American Cancer Society. In 1996 and 1997, he additionally was the Chairman of the Cancer Society's Income Development Committee, its chief fundraising arm, and in 1997 was their Treasurer as well. In 1996 he founded the Orlando Invitational Team Golf Championship, a charity fundraiser for the Metro Orlando Unit, serving as Tournament Chairman. Mr. Bates currently serves on the Board of Directors of the Florida Sports Hall of Fame and was the Chairman of the 2019 Hall of Fame Induction Gala in Orlando. In 2011, he became a minority owner of Orlando City SC of Major League Soccer.

Mr. Bates was married July 10, 1982, to his wife, Terri. They reside in Orlando with their four children, Rick, Jaclyn, Will and Tori. His sons Rick and Will are also attorneys with Morgan & Morgan. Rick is a Medical Malpractice lawyer while Will works with our Personal Injury team. His daughter, Jaclyn, also works with the firm as a legal assistant.