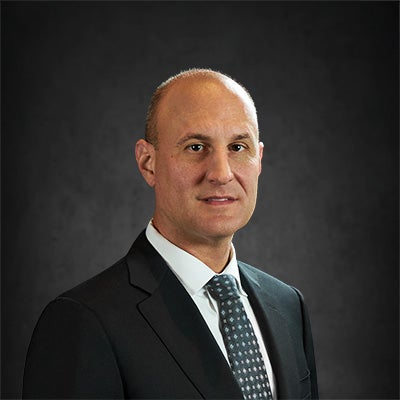 Grant Kuvin is the Managing Partner and Shareholder of the North Florida and Southeast Georgia Medical Malpractice and Nursing Home Abuse Departments.  A lifelong resident of Florida, Mr. Kuvin graduated from the Florida State University School of Business in 1998 and worked as a financial analyst for a local bank in Miami until 2000 when he decided to pursue his dream and go to law school.  He graduated from Stetson University College of Law in 2003.  During law school he clerked at the Florida Supreme Court and a boutique law firm in Orlando that specialized in medical malpractice defense work.  After graduating law school he worked with this same boutique law firm in Orlando focusing primarily on defense work for hospitals, nurses, and physicians.

In 2008, Mr. Kuvin decided to switch sides and use the knowledge he gained from defending health care providers and focus instead on representing the rights of the people of Florida in their own medical malpractice cases.  Mr. Kuvin is a Shareholder and Partner in the North Florida Office of Morgan and Morgan and has focused primarily on medical malpractice cases for the past 20 years.  He manages Morgan and Morgan’s Medical Malpractice and Nursing Home Departments for all of North Florida and Southeast Georgia.  This territory includes Gainesville, Jacksonville, Tallahassee, Pensacola, Savannah and everywhere in-between.

The healthcare industry is daunting.  Often patients feel lost and are not provided any answers when tragedy strikes.  Having worked behind the scenes doing defense work and now having represented families in their own claims, Mr. Kuvin has 20 years of knowledge about the industry and is not only familiar with how to get answers but has been very successful in holding them accountable for their actions.  The healthcare industry and their insurers knows who will back down and who will take the fight all the way to the end.  Mr. Kuvin understands the time and attention that these complex cases require and knows that it’s important to never lose sight of the emotional toll they can take on families.  But having a voice in a powerful healthcare industry can change not only one client’s life, but can potentially help save the lives of many future patients – and that can make a world of difference to us all.