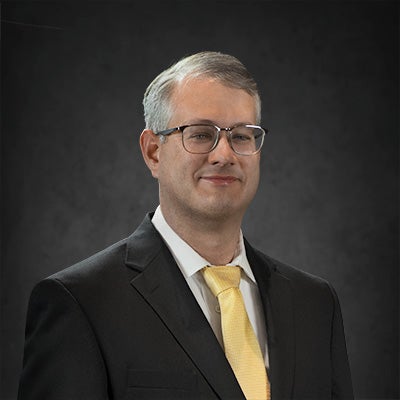 Robin Hood is a former Rating Veteran Service Representative (also called an “RVSR” or “claims adjudicator”) with over five years of experience with the United States Department of Veterans Affairs. He brings an insider’s perspective and understanding to the Morgan & Morgan team regarding the complicated and sometimes frustrating area of Veterans claims. When a Veteran files a claim for benefits, he would apply the laws, regulations and policies of the VA to the evidence presented to make a decision.

Mr. Hood is passionate about helping Veterans and sees it as his true calling, and in late March 2014 he decided that he could best serve Veterans by bringing his institutional knowledge to Morgan & Morgan and help represent Veterans whose claims have been wrongly denied. He is married to a disabled Air Force Veteran, so he is familiar with what it’s like to be a consumer of VA services as well (such as putting up with long wait times, confusing paperwork, and frustration).

Prior to working for the VA, he attended law school at Mississippi College School of Law in Jackson, Mississippi.

Mr. Hood didn’t plan on becoming a lawyer until his father passed away suddenly. His education and career up to that point was computers and telecommunications, but after dealing with the legal fallout from his father’s passing, he discovered an aptitude for legal work, and he was in law school the following year.

He is married to an Air Force Veteran. They recently moved away from their downtown apartment to a home. His wife, Dana, is an artist who paints with oil and watercolor. When Robin has sufficient time and money, he can usually be found working on restoring his 1968 Pontiac Catalina or his vintage motorhome, a 1977 GMC Palm Beach. They love to go kayak fishing with the Northeast Florida chapter of Heroes On The Water, an organization that takes Veterans and First Responders fishing.