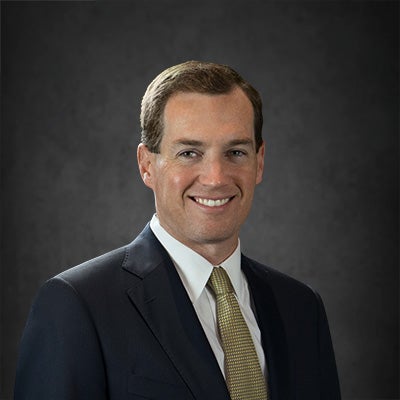 William concentrates his practice on complex commercial litigation and has an established track-record of significant recoveries. Unlike most commercial litigators, he is an experienced trial attorney, having won jury trials, bench trials, and arbitrations in a number of venues throughout Florida.

William litigates cases on a contingency-fee basis, which allows his business clients to level the playing field against larger, wealthier, or insured opponents. He is driven by the philosophy that justice requires cases to be decided on the merits – not by the size of a corporation’s or insurance company’s legal budget.

William has been named by U.S. News & World Report as one of The Best Lawyers in commercial litigation and professional malpractice. He has been recognized by Florida Trend Magazine as Florida’s “Legal Elite” – an award given by lawyers to less than 1.5% of fellow Florida Bar members. He has repeatedly been named a Florida Super Lawyers "Rising Star," which recognizes the top 2.5% of the state’s lawyers under the age of 40. And on multiple occasions he has been honored by his peers as one of Palm Beach Illustrated’s “Top Lawyers.”

William is actively involved in the legal and professional community. He is the President-Elect of the University of Florida Law Alumni Council. He was appointed to multiple terms on the Florida Bar’s Committee on Professionalism. He has been the chair of the Palm Beach County Bar’s Circuit Civil Court Committee and the Business Litigation Committee. And he has been a South Florida Business Journal 40 under 40 honoree.

Prior to joining the Business Trial Group, Mr. Lewis litigated large-scale antitrust cases. He also interned at the U.S. Attorney’s Office and the State Attorney’s Office, where he led the prosecution of multiple successful jury trials.

Contract Disputes:* Won a $784,000 jury verdict for a small business owner that was underpaid sales commissions by a national distributor. * Obtained settlement equal to 100% of the alleged damages for sellers of business after purchaser breached the sale agreement.

Employment Litigation:* Represented officer of multi-billion dollar publicly traded REIT for alleged breaches of an employment contract and recovered more than 125% of alleged unpaid compensation. * Represented a renowned surgeon and recovered over 98% of his unpaid compensation through a negotiated settlement. * Obtained confidential settlement for former CFO of a multi-national athletic corporation for claims of unpaid severance.
* Won $137,000 jury verdict, plus attorneys’ fees and costs, for a sales representative owed unpaid commissions.

Intellectual Property:* Obtained confidential settlement of claims for misappropriation of trade secrets and breach of a non-disclosure agreement against multi-national public corporation. * Obtained confidential settlement for manufacturing consultant who claimed his trade secrets were misappropriated by an international corporation.

Professional Malpractice:* Obtained a confidential settlement for client that alleged attorneys improperly settled a FINRA securities arbitration. * Obtained confidential settlements from an attorney and an accountant who allegedly negligently performed trustee duties. * Represented former executive of a public company, recovering over $540,000 for claims against accountant for providing false information regarding an investment.

Real Estate: * Won a $771,000 jury verdict for breach of an oral contract and fraud related to a real estate investment. * Won verdict after bench trial on behalf of condominium owner being sued under note and mortgage. * Won jury verdict on behalf of partners in investment property whose share of the proceeds was withheld, and recovered over $150,000 in attorneys’ fees.

Shareholder and Partnership Disputes:* Obtained a multi-million dollar settlement for a minority partner in a media company for claims of breach of fiduciary duty and breach of contract * Represented owner of a closely-held corporation in shareholder-derivative litigation and prevailed at summary judgment. * Obtained confidential settlement of behalf of a partner of a closely held chemical corporation against manager who had allegedly been self-dealing and misappropriating company funds. * Obtained a confidential settlement on behalf of partner in substance abuse clinic that was locked out of the business.