The Morgan Story: How a Law Firm For The People Was Born 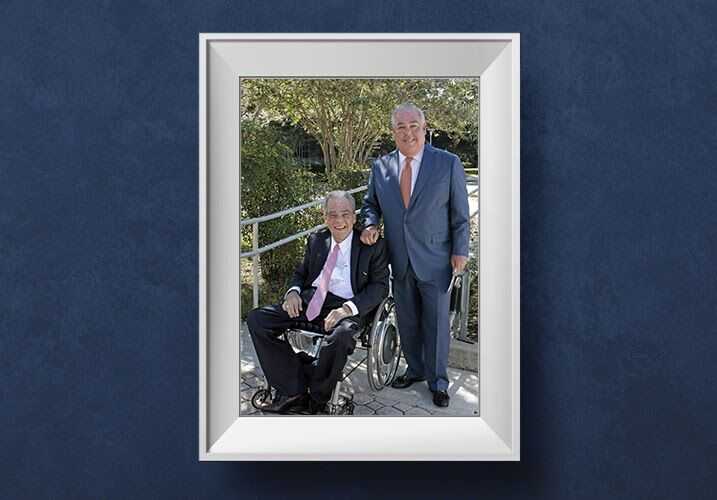 This National Sibling Day, we want to tell you a story about our family. And how you’re a part of our story too.

John Morgan and his wife Ultima work together along with sons Matt, Mike, Dan, and the 700-plus attorneys at Morgan & Morgan to help people like you every day. This is because over 40 years ago something life-altering happened to their family—to John’s brother Tim—and they didn’t get the help they needed.

Tim’s tragedy became John’s life’s work, but it also became so much more than that; he was the catalyst behind multiple generations of Morgans fighting for the vulnerable as if they were family.

In the most difficult moments of your life, your family has your back, and so do we.

The Day It All Began

It was a spring day in 1977 in Orlando, Florida. Tim Morgan—then just 18 and a senior in high school—was on duty as a lifeguard at Disney World. When a woman reported her daughter missing, Tim dutifully dove into the water where the mother believed her daughter was last seen. Tragedy struck when Tim hit a submerged dock pylon and was rushed to the hospital with a severe spinal cord injury.

The doctors told John Morgan that his brother was paralyzed from the chest down and would not live 10 years. John told them they were wrong and left the meeting. Channeling the same fighting spirit, John, Tim, and their family decided to take legal action against Disney World. Unfortunately, they hired the wrong lawyer, and Disney refused to settle.

John was outraged at the ill-treatment of his brother and knew he had to right this wrong. So, he founded the law firm Morgan & Morgan with the mission to fight for the People, not the powerful.

We See Tim In Every Client

Every client that walks through our door is Tim Morgan. Our firm fights every day to preserve our client’s dignity—so that what happened to Tim never happens to anyone else.

With every client, we start by reviewing the details of your case and making sure we understand your injuries. Within a week after your case review, you will be assigned an attorney, legal assistant, and paralegal.

Your team will offer you support and counseling every step of the way. And, most importantly, we never charge a penny upfront because we believe that everyone should have access to great legal representation.

On this National Sibling Day, we think about John and Tim, as well as all the siblings and families we protect. Because you are Tim. And you can always count on us to be your family.

Contact us today by filling out our free, no-obligation case evaluation.

A recently published pharmaceutical study has concluded that many sunscreen brands contain benzene, a harmful chemical known to cause leukemia. The products that fill store shelves must undergo…

The “Make It Safe” Summer Guide

Summer is back! With Memorial Day around the corner, we thought we’d put together a guide so you can have your best and safest summer yet!  So, before you pack your bags and hit the road, check out…

Jacob Rodgers was sitting in the passenger seat of his best friend’s truck when his life changed forever. A Gainesville city employee ran a stop sign and plowed into Jacob’s friend’s vehicle.…