For The People Scholarship Winner Announced 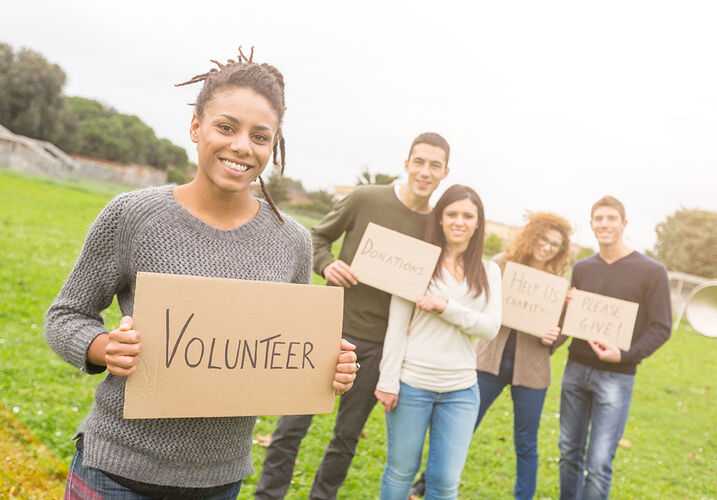 This summer, we announced our first annual For The People Scholarship and encouraged incoming and current law school students to apply.

Giving back is a very important part of our jobs at Morgan & Morgan, so the scholarship was designed to reward a future lawyer who has demonstrated his or her commitment to community service.

We received an overwhelming amount of responses, and although it was difficult to pick just one of these remarkable people to receive the award, we’re excited to announce the winner!

Bryan Payton is a conscientious young man committed to using his law degree to improve the lives of Americans. As an aspiring civil rights lawyer, he is passionate about criminal justice reform and educational equality.

Every attorney should be driven by a desire to right wrongs. Bryan’s fierce determination to improve the aspects of our legal system that deny equal protection under the law through litigation is inspiring. We applaud Bryan’s decision to dedicate his life to the pursuit of justice. We could not think of another law student who is more ‘for the people.’

Bryan grew up in Detroit, where his experience of inequality fostered his activism. In college, he traveled throughout Rhode Island to help public high school students organizing around punitive suspension policies. After graduating, he decided to delay matriculation in law school in order to work directly with the communities he wants to advocate for as an attorney. He joined the Federal Defenders of New York as a paralegal where he works to highlight and combat unequal access to justice for low-income people in our country.

Working in public defense has given Bryan a clear vision of the reforms our criminal justice system needs and how he can help as a civil rights attorney.

We asked Bryan about his decision to go to law school and if he had any advice for aspiring attorneys. What he had to say really resonated with the values Morgan & Morgan holds dear: that everyone should have has access to quality legal representation, that true justice is only achieved through trial work, and that there is nothing more rewarding than fighting for what you believe to be right.

Morgan & Morgan: Is there a specific moment you remember that solidified your decision to become an attorney?

Bryan Payton: There are a lot of them. A specific moment would probably be when I did a pre-law program at NYU called Trials the summer before my senior year of college. We spoke with a civil rights attorney in the program who primarily focuses on voting rights issues. I talked a lot in my essay about criminal justice issues and that’s what I’m passionate about but this was the first time - she’s also a woman of color - I actually met a civil rights attorney in person and she discussed her pathway and the work that she got to do.

She’s worked at NAACP Legal Defense and Educational Fund, Department of Justice Civil Rights Division, New York Attorney General’s Office and she articulated a pathway for helping people through the law and being a lawyer in ways that felt really powerful. I remember hearing her talk and I just thought to myself, “Wow, that’s exactly what I want to do.” But like I said, there have been a lot of occasions throughout my life, in terms of growing up in certain areas or even through my job at the Federal Defenders, navigating the court systems, where I recognized that there’s a critical lack of legal services for low-income people.

First of all, there’s a critical lack of men of color in the legal profession. I think that currently there’s maybe 4% attorneys who are African American in the country. And seeing that this need needs to be fulfilled in certain spaces gives me more motivation to think that this is exactly what I should be doing, and something that I could be doing.

You work with trial lawyers now, and in your essay you identified the types of litigation you want to do. Why trial law?

A lot of lawyers in the office consider public defense and criminal justice work on the trial level to be civil rights work itself versus doing direct civil rights litigation where you’re filing appellate briefs on behalf of people in Appeals court or things like that. And what appeals to me on the trial level at least is the direct interactions you get to have with clients.

I think I’m really strong at that particularly because the overwhelming amount of our clients are low-income men of color and I think a lot of the time we connect on that level. A lot of the time they trust me more, I think, because I can not just empathize with them, but sometimes actually understand some of those experiences. Not all, because I’ve never actually been incarcerated myself, but sometimes that helps to build connections with clients. I also really like the pace of the courtroom. My first trial was pretty exciting; it was very nerve-wracking. There’s a level of adrenaline and thrill to it. You are literally fighting on someone’s behalf — it’s kind of like one of those cliché trial movie type moments — but it’s actually kind of true when you’re on the trial level and feel like you’re fighting for someone’s freedom that’s on the line and you can contribute to making that happen.

Working as a paralegal at the Federal Defenders of NY, you already had an idea of where you wanted your legal career to go. What else have you learned there about criminal justice reform and civil rights?

Before this job I was primarily concerned with criminal justice mostly because of all the things happening around the country. In terms of police brutality, the Black Lives Matter movement, I was very aware of the discrepancies in the criminal justice system and I had read a lot about it because I was an Urban Studies and Africana concentrate in college. We read a lot about the incarceration system: its historical roots, how there are direct historical connections between slavery, Jim Crow, and our current incarceration system in terms of how it treats black men but also other groups of people.

I used to do a lot of educational activism in college, I was mostly interested in fighting for educational equality, and taking this job I just realized there are so many issues with our criminal justice system that need to be fixed and I can literally see it in my head - all the different kinds of ways I could be involved in those things.

To point out a few: voter disenfranchisement, the overuse of solitary confinement, or the grossly racially unequal application of the death penalty. There are tons of others, in terms of how much prisoners get paid — it’s less than minimum wage, $3 dollars an hour sometimes and even less in some institutions. I would definitely say taking this job gave me a lot of concrete ways the system needs to improve.

Is there anyone in your family that’s a lawyer or anyone around you that you look up to?

And particularly for law school, the same program that I met the civil rights attorney that made me realize exactly what I could be doing with my own life, the head of that program is the one who actually recommended to me that I apply to Harvard Law. He said that he thought I had what it took to not only get in but also to succeed at the institution and at the time - I mean in terms of my background, people who come from where I come from just don’t go to Harvard Law School. It’s not something that ever happens. You don’t grow up thinking that’s a possibility for you. But he said that he thought I had the opportunity to make that happen and I went for it and it actually ended up working out.

What do you do outside of working and giving back?

I like to swim, recreationally at least. I really enjoy cooking, I think I’m really good at it as well [Laughs]. I’m also a normal young adult in a lot of ways. I like to hang out with my friends, see the city.

Do you have any tips for someone considering going to law school?

My advice would be to invest yourself or spend time working on an issue that you think needs help or that you can contribute to the solution for and find a way to connect that with the law. There’s probably a way to do that. I worked at the Public Defender's Office - the great connect to that is working for criminal justice/civil rights issues. If you’re interested in educational equality there’s also a lot of things you can do. I would say find your passion and your niche and find a way that you can connect that to becoming a lawyer.