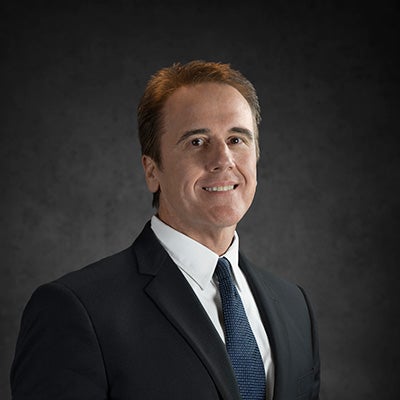 Mike Clelland was born in Washington, D.C. and his family moved to Florida in 1974. He was a firefighter in Central Florida for 26 years. He entered the fire service directly out of high school and became an active member of his International Association of Fire Fighters (IAFF) local union, taking the lead in contract negotiations and labor disputes. He entered management as a Battalion Chief in 2002 and retired in 2008 at this rank. With this unique perspective, Mr. Clelland is keenly aware of issues confronting firefighters and other first responders today. His primary area of law practice is first responder litigation concerning Florida's Heart/Lung Bill, but he also handles first responders’ line-of-duty pension matters as well as government actions.

He lives in Lake Mary with his wife Christy and their two children Emma, age 9 and Patrick, age 6. In his spare time he enjoys working out, reading and spending time with his family.