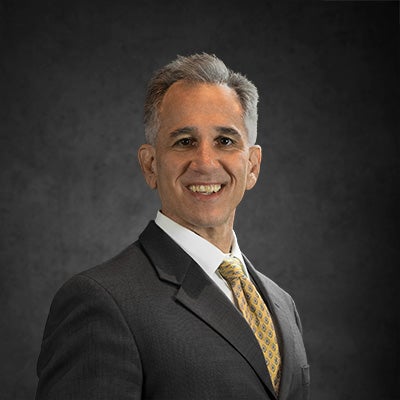 Randall T. Porcher is an attorney in the Tallahassee office of Morgan & Morgan. Currently, his practice is devoted to representing the interests of injured workers in Florida workers’ compensation cases.

Before joining Morgan & Morgan, Mr. Porcher worked for seven years in the state court system as the Director of the First District Court of Appeal’s Workers’ Compensation Unit and as a senior law clerk for the Florida Supreme Court.

Prior to his work with the state court system, he worked in private practice, first representing the interests of insurance companies and employers in workers' compensation matters at both the trial and appellate levels and then (beginning in 2000) representing the interests of personal injury plaintiffs and workers’ compensation claimants at both the trial and appellate level. As an appellate lawyer, Mr. Porcher has prevailed on many issues of first impression in the workers’ compensation field.

Throughout his career, he has been recognized with many honors and awards for his legal acumen: he has a preeminent AV rating from Martindale-Hubbel; in 2008, he was named as a top workers’ compensation lawyer by Florida’s SuperLawyers; in 2010, he was the recipient of a Prudential-Davis Productivity Award; and in 2004 he was awarded the Kennie Edwards Award by the Palm Beach County Bar, an award bestowed annually on the workers’ compensation attorney who best exemplifies the qualities of integrity and advocacy.

Mr. Porcher has lectured throughout the state on legal issues pertaining to workers’ compensation jurisprudence, and he has taught workers’ compensation law at both the collegiate and post-graduate level. Randall received his law degree in 1993 from the University of Florida College of Law, where he was awarded a teaching fellowship in jurisprudence.

He has a wife and two children and in his spare time he enjoys running, fitness, and playing music.