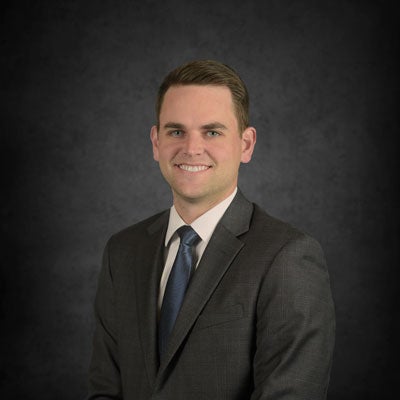 Samuel Powers is a native of Florida who has lived in the Tampa Bay area nearly his entire life. Mr. Powers was born and raised in Tampa, Florida. He graduated from H.B. Plant High School and received his undergraduate degree from the University of Florida in 2016.

Immediately following his graduation from UF, Mr. Powers was called back to the Tampa Bay area and attended Stetson University College of Law. While at Stetson, Mr. Powers was a member of the nationally recognized Stetson Trial Team. It was during his time on the team that his desire to become a trial attorney was born. While a member of the team, Mr. Powers competed in various trial competitions both in the State of Florida and beyond, helping Stetson maintain their #1 national ranking in Trial Advocacy.

During his second year in law school, Mr. Powers joined Morgan & Morgan as a law clerk. While working in this role, he was able to witness first-hand the hard work and dedication put forth for the people of Florida by the firm. After his graduation and admittance into the Florida Bar in 2019, Mr. Powers joined Morgan & Morgan as an attorney so he could continue to defend the injured and fight for the people of Florida.