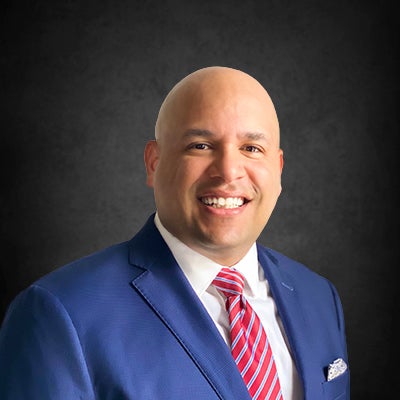 Juan R. Martinez represents Attorneys General and other public entities in litigation and investigations as a member of the firm’s Public Client practice group. Currently, Juan plays a prominent role in representing the Commonwealth of Kentucky and other municipalities throughout the country in litigation against the manufacturers, distributors, and dispensers of opioids.  Most recently, Juan was part of the team that successfully represented the State of Montana in a settlement with Big Tobacco for wrongly withheld funds as part of their payment obligations under the 1998 Master Settlement Agreement.  Additionally, Juan represents whistleblowers in federal and state false claim actions and consumers in complex class action matters.

Prior to joining Morgan & Morgan, Juan worked for several multinational law firms, where he focused his practice on government investigations and enforcement actions, as well as products liability litigation, with an emphasis on pharmaceutical, medical device, and health care litigation. He has experience litigating a variety of complex matters in both state and federal courts, including multidistrict litigation.

Juan attended Florida State University, where he studied international affairs and economics. He then attended Emory University School of Law, where he served as managing editor for the Emory Corporate Governance and Accountability Review.

Before attending law school, Juan proudly served in the United States Army. Due to the attacks of 9/11, Juan was compelled to serve and enlisted to join the Army’s elite Special Forces, commonly known as the Green Berets. Throughout the grueling pipeline, training focused on developing physical and mental toughness, leadership skills, adaptability, and strong communication skills under stress. Many of these traits have served as a foundation for Juan’s legal career. During his service, Juan sustained an injury, which led to disability, which forced him to leave Army. However, Juan was able to continue his service as a member of our country’s intelligence community.