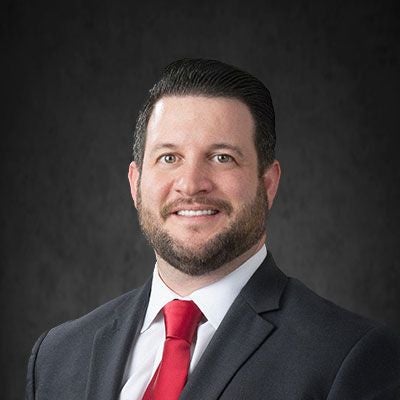 Prior to joining Morgan & Morgan, Mr. Cook enjoyed acclaim and recognition as a skilled litigator and trial lawyer in both Medical Malpractice and Birth Injury litigation. Early in his career, Mr. Cook represented the interests of physicians, physician groups, and hospitals, but has since devoted his practice to the representation of injured patients and their families. In addition to Birth Injuries, Mr. Cook handles medical malpractice cases involving surgical errors, premature discharge from the hospital, pressure sores/wounds, negligent emergency room care, medication errors and failure to appropriately diagnose stroke, heart attack, blood clots, and infection.

“While most doctors, nurses, midwives, and mid-level providers provide medical care and treatment consistent with accepted practices, the unfortunate reality is that even the best doctors/nurses make mistakes, and those mistakes often have catastrophic consequences. Medical errors can be as simple as an omission or communication error or could be as serious as blatant ignoring of known risks. With regards to Birth Injuries, providers often adopt a “wait and see” attitude instead of taking decisive action to prevent injury. With regards to surgical errors, physicians often press forward with surgery in the face of known risks and dangers, and without informing their patient. Regardless of the reason, it is important that victims of malpractice find experienced and accomplished attorneys to help them navigate the difficult waters ahead.” -Jack T. Cook

Mr. Cook has been recognized and honored by Martindale Hubbell with an AV-Preeminent Rating. Mr. Cook has also been certified as a member of the Multi-Million Dollar Advocates Forum, an organization which is recognized as one of the most prestigious groups of trial lawyers in the United States. Membership in this organization is limited to attorneys who have won million and multi-million dollar verdicts, awards and settlements. Mr. Cook is also a proud member of The National Trial Lawyers: Top 100, an invitation-only organization composed of the premier trial lawyers from each state or region who meet stringent qualifications as civil plaintiff and/or criminal defense trial lawyers. Selection is based on a thorough multi-phase objective and uniformly applied process which includes peer nominations combined with third-party research.

Mr. Cook is a veteran of the United States Marine Corps having served in over 40 countries while deployed as a member of the Marine Corps’ elite forward deployed units. Aside from his practice of law, Mr. Cook is an accomplished singer and actor having performed dinner theater, theater and opera professionally, and currently fronting several bands. Mr. Cook is the co-creator of two wildly energetic children who bring inspiration and motivation to his daily practice of law.