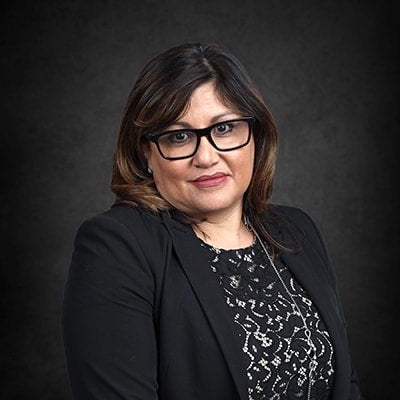 Lina M. Lopez was born in Bogota, Colombia. Her family migrated to the United States in the 1975. She grew up in Tampa, Florida. She attended University of South Florida, and graduated with a degree in Criminology. After graduating college, Ms. Lopez worked for the Department of Children and Families as a child abuse investigator, then moved on to continue her education. In 1999, she began law school at St. Thomas University School of Law. She attained her Juris Doctorate degree in 2001.

Ms. Lopez began her career at a plaintiff’s firm based out of the Lakeland/Tampa, Florida area. She practiced in the workers compensation and social security field, then transitioned into personal injury. She has been practicing law for twelve years as a Plaintiff’s attorney in the Central Florida region. Ms. Lopez is admitted to practice before the State Courts of Florida, and the United States District Court, Middle District of Florida.

Lina Lopez is fluent in Spanish. When she's not practicing law, she enjoys watching hockey, soccer and spending time with her family.