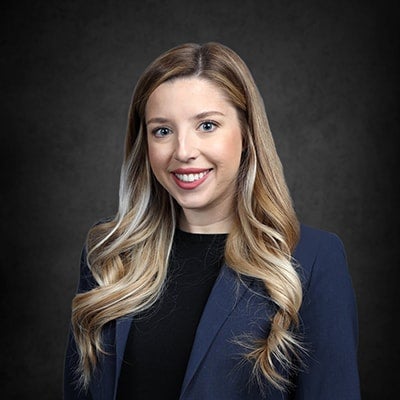 Jolie Pavlos works out of Morgan & Morgan's Orlando office, the same city where she was born and raised. She earned her Bachelor of Arts degree from the University of Central Florida with a major in Political Science and a minor in Legal Studies. She later earned her Juris Doctorate degree, with honors, from Emory University School of Law in Atlanta, Georgia. While attending law school, Ms. Pavlos was an editor of the Emory Law Journal and President of Emory’s Legal Association for Women Students. She also worked as a Judicial Intern at the United States District Court for the Northern District of Georgia.