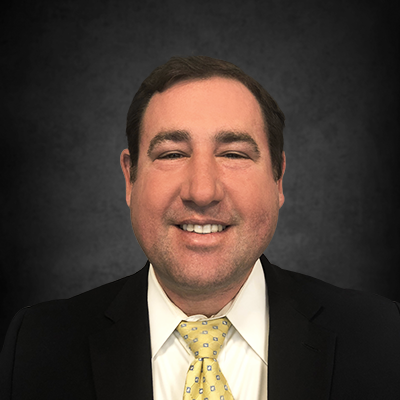 In 2000, Mr. Gerth graduated from Spring Hill College, located in Mobile, AL with a Bachelor’s of Science in Business Administration and a concentration in Accounting. While at Spring Hill College, he was awarded the 4.0 GPA Greek Honor Award, was selected for Who’s Who Among Students in American Colleges and Universities, as well as the Order of Omega Greek Honor Society recognizing the top 3% of all Fraternity/Sorority members on campus.

In 2004, Mr. Gerth graduated from Cumberland School of Law at Samford University, where he was named a Scholar of Merit and Dean's List Member. At Cumberland, Attorney Gerth was chosen for the Order of the Barrister naming him one of the top ten trial lawyers in his graduating class at one of the nation's top trial law schools, and Who’s Who Among American Law Students. He was a member of Cumberland’s 2003 and 2004 National Mediation Teams and its 2004 National Negotiation Team. He was Director of Mediation for the Trial Advocacy Board and a member of the Henry Upson Sims Moot Court Board.

As an attorney named one of the Top 100 Trial Lawyers in all of North Florida, Mr. Gerth has performed extensive work in complex and high value trial matters.
Having handled both jury trials and non-jury trials, Mr. Gerth brings the experience necessary to achieve maximum value in all his cases. His focus on winning and aggressively pursuing his client’s best interests separate him from other lawyers that merely seek quick settlements over obtaining the best result for the client.
Attorney Gerth has litigated cases in personal/catastrophic injury and wrongful death, insurance liability and coverage, business/commercial/banking cases, complex business contract/tort cases, tractor trailer accidents, hurricane insurance coverage, civil rights, landlord/tenant rights, mental health law, legal malpractice, probate, warranty matters including the Magnuson-Moss federal warranty act, products liability, invasion of privacy, real estate and property disputes, premises liability, breach of fiduciary duty, medical liability, construction, and various other matters. His vast experience has taught him how to approach cases from a multitude of angles and philosophies. Mr. Gerth understands how the outcome of cases can hinge on party and expert witness depositions and has the background to skillfully handle both. Attorney Gerth highly values representing clients at a disadvantage in David versus Goliath battles and believes that justice must be available to all regardless of age, race, and income level.

As a result of Attorney Gerth’s background, experience, and achievements, he has been asked to provide education for other lawyers. Some of his presentations have included lecturing on warranty litigation, a foray into jury selection and psychology, jury persuasion - strategies and tactics, and how to protect your business from unfair competition. He was honored with admittance to the Paul Brock Inns of Court In Mobile, AL and is now an active member of the Pensacola Inns of Court, which is an invitation only society to promote relationships between lawyers and judges through social interaction. Mr. Gerth was named an honorary member of Mobile’s first African- American Mayor’s staff and received a service award from that administration for his contributions to the city. Attorney Gerth has worked to promote justice throughout his career and sought involvement and built relationships in countless organizations, even being a select guest for one business leader named one of the top African-American businesses in Mobile. Furthermore, Mr. Gerth has served as a mentor to the younger generation by coaching youth sports for many years and serving as a referee for the City of Orange Beach.

Mr. Gerth is a proud father and tireless advocate. He strongly believes his faith has allowed God to do things for him that have repeatedly placed in him a position to help others in their struggles - legal or otherwise. He is a Lector and Eucharistic Minister at St. Thomas church and seeks to promote the values he has learned through this ministry to the community. He is proud to work with Attorney John Morgan and the Morgan family of attorneys fighting for the rights of those that need their help. Mr. Gerth will passionately handle all your legal needs.