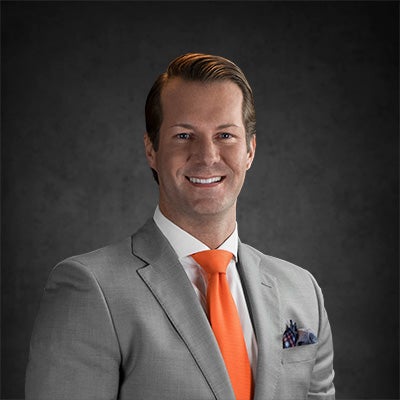 Andrew (“Drew”) Parker Felix, a partner in the Product Liability Safety Group, has national litigation experience and a hands-on approach that benefits the Firm’s clientele throughout the country.

Mr. Felix and others had asked the U.S. Trustee to form the committee because they were concerned that injured plaintiffs would not have the representation to which they're entitled in Takata's bankruptcy proceedings. The approval of this committee is noteworthy, because large-scale recent bankruptcies in the auto industry, such as those involving GM and Chrysler, have not appointed separate creditors' committees for injured plaintiffs. As members of a committee, Mr. Bowers and the other plaintiffs now have the chance to formally be heard as creditors.

Mr. Felix was recently appointed by The United States Bankruptcy Court, District of Delaware to serve a four-year term as one of three members of the Trust Advisory Committee, as part of the Takata Airbag Tort Compensation Trust Fund (TATCTF).  The Trust Advisory Committee represents the interests of all holders of personal injury and wrongful death claims caused by the rupture or aggressive deployment of Takata phase-stabilized ammonium nitrate (PSAN) airbag inflators.

Most recently, Mr. Felix successfully served as the Firm’s lead counsel before the Florida Supreme Court in an attempt by the defense bar to modify Florida law for the attorney-client privilege and the permissible scope of financial-bias discovery for expert witnesses. The Supreme Court quashed the decision of the Fifth District Court of Appeal, holding that “disclosure of the requested materials are protected under the attorney-client privilege…the oldest confidential communication privilege known in the common law. Moreover, we worry that discovery orders such as the one in this case will inflate the costs of litigation to the point that some plaintiffs will be denied access to the courts.”

Mr. Felix previously worked with a prestigious statewide law firm and was a founding member of that firm’s Tampa office. While there, his practice concentrated on the areas of personal injury defense and complex commercial litigation. He also represented a large Florida-based automotive retail provider and serviced its tort litigation on a national scale, including tire tread separation matters and vehicle rollover cases. Additionally, Mr. Felix represented a Fortune 500 pharmaceutical care company in connection with criminal and civil investigations by multiple United States Attorney’s Offices and state attorney generals concerning allegations of healthcare fraud. He is well-versed in the Florida Deceptive Unfair Trade Practices Act (FDUTPA) and was instrumental in negotiating an amicable settlement in a highly-publicized celebrity defamation case.

He is a member of the Florida and California state bars and all federal court bars in Florida. He further has been recognized by Martindale-Hubbell as AV® rated—the highest such rating available to any individual attorney based on the confidential opinions of members of the Bar and the Judiciary. And further acknowledged as a “Rising Star” by Florida Super Lawyers magazine—an annual publication that recognizes the top 2.5% of the state’s young lawyers.

Aside from his litigation focus, Mr. Felix also handles matters for his clients in the entertainment arena upon request.