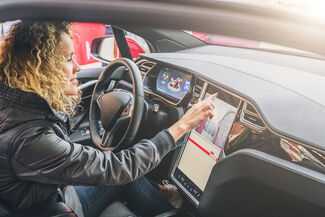 In 2018, a trio of teenagers in a Tesla Model S were involved in a horrific high-speed crash in Fort Lauderdale. The driver lost control of the car, which careened into a concrete wall, rolled over, hit a second wall, and burst into flames. Both the driver and front seat passenger lost their lives. The back seat passenger was ejected from the vehicle, but survived with serious injuries.

The National Transportation Safety Board (NTSB) concluded that speed was to blame for the crash, but they didn’t absolve Tesla of all responsibility. “Contributing to the severity of the injuries was the postcrash fire originating in the crash-damaged lithium-ion traction battery,” they wrote. The teens “died of thermal injuries,” according to the report.

Sadly, this is but one example of tragic accidents involving Tesla vehicles.

Battery fires are cause for concern, but they’re not the only potential hazard in Tesla vehicles. In fact, many accidents are the result of malfunctions in the car’s Autopilot feature. This driver-assistance system features various capabilities including lane centering, self-parking, and adaptive cruise control. But all of these features require constant supervision.

It’s natural to think that Autopilot is a hands-off approach to driving. However, there is a significant difference between its perceived meaning and what it actually does. Many drivers think that by switching on Autopilot, they can switch off their brain. But the feature is not nearly as autonomous as Tesla and its dealers might suggest. This gap in understanding may have contributed to several recent accidents in Florida:

If you were the victim in a Tesla accident, Morgan & Morgan’s Fort Lauderdale office is here to help. For more than 30 years, our attorneys have fought on behalf of injury victims and their families to secure their financial futures. To date, we’ve won more than $7 billion on behalf of our clients. Our attorneys are trial-ready and have the experience and resources necessary to help you achieve the best possible outcome.

Ready to get started? Schedule a free, no-obligation case evaluation. It costs nothing upfront, and we get paid only if your case is successful. Contact us now.