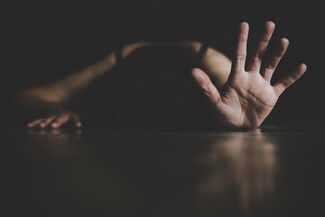 Experiencing an assault can change your life. Although violent crime is declining in Florida, aggravated and simple assault incidents are still far too common. In fact, tens of thousands of these events happen every year. Assailants may face time in prison, but what about the victims? They’re often left dealing with pain and suffering from their injuries, piling medical bills, and the inability to work. Thankfully, legal recourse is available.

If you’ve been a victim of assault or battery, Morgan & Morgan wants to hear from you. Our Florida assault and battery attorneys are passionate about fighting for the rights of victims. We’re ready to be by your side during these trying times and work to obtain the financial compensation you deserve.

In the state of Florida, assault and battery are two distinct crimes.

Assault and battery are intentional torts that a plaintiff can bring before a civil court to seek damages. Victims sue defendants for deliberately causing harm to them or threatening to do so.

An assault case in which the victim doesn’t incur injuries may be harder to win simply because it will be more difficult to establish damages. However, when a victim has to go to the hospital as a result of assault and battery, they can sue for medical bills, lost work, and pain and suffering.

Defendants may offer several defenses against an assault and battery charge. The most common one is consent. This defense may be used in a rape case or if the victim was injured during a sporting event, for example. Other defenses to assault and battery charges include privilege and self-defense. For example, if a police officer tackles a suspect, breaking the person’s arm, the officer can claim the force was justified.

The key to these defenses is whether an action was reasonable in the context of the assault or battery. For instance, grabbing the arm of someone who’s about to punch you is a reasonable response. Likewise, if the police officer was subduing a violent suspect, the officer may have used reasonable force even if it resulted in an injury.

If you’re a victim of assault and battery in Tallahassee, Florida, contact Morgan & Morgan immediately. With more than 500 attorneys nationwide and billions of dollars recovered, Morgan & Morgan will make you confident you’re getting the best service possible. Our resources and reach allow us to invest more in your case, fighting for your best interests. If we move forward with your case, you’ll get a full team of lawyers and legal staff, as well as 24/7 open communication with us via our mobile app. And we never charge by the hour — we operate on a contingency fee, meaning you pay us only if we win.

We believe the price of pain is infinite and never settle for less than your case is worth. More than 100,000 clients trust Morgan & Morgan. Discover what we can do for you by filling out a no-cost case evaluation form and speaking with one of our experienced assault and battery lawyers today.