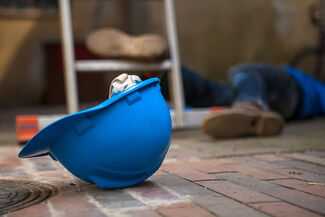 Medical bills, combined with missed time at work, can be devastating after you are injured on the job. Florida workers’ compensation laws provide injured employees with coverage for their medical bills and lost wages.

But while these laws may seem straightforward at first, employers and their insurance companies have shown that they are willing to do whatever they can to minimize their expense.

This can include minimizing your injury, claiming it isn't work-related, suggesting you have received an unreasonable amount of treatment, or demanding you return to work unreasonably soon after a serious injury.

When Orlando employers refuse to stand by employees who have been injured on the job, the workers' compensation attorneys at Morgan & Morgan are there to help.

After a construction worker in Orlando had 150 pounds of construction material dropped on his head, he was left permanently disabled and unable to work.

Morgan & Morgan helped him receive a settlement of $1,117,500. If you or a loved one is dealing with a workers' comp claim, they may be able to help you as well. Contact us for your free consultation today.

What to Do after Being Injured on the Job in Florida

Besides getting medical treatment, the most important thing to do after suffering an on-the-job injury is to report it to your employer. Claims not reported within 30 days may be barred, but as a practical matter, it is best to report a claim as soon as possible.

When a claim proceeds as it should, the employee receives care from a physician, who identifies the injury and determines what treatment is necessary and when and if the injured worker can return to duty.

The worker begins receiving biweekly checks for two thirds of their average biweekly wage, typically calculated based on the preceding three months, until they are able to return to work.

Unfortunately, Florida workers' compensation claims do not always proceed as they should, and can be fully or partially denied for a number of reasons:

What Benefits are Available for Injured Workers in Florida?

As an injured worker, you cannot count on your employer or its workers' compensation carrier to have your best interests in mind. Most will go to great lengths to minimize their expenses for your injury and will consider your long-term health and well-being to be secondary at best.

If your employer is denying your claim, forcing you back to work too early, or claiming that your recovery is progressing too slowly, you need an Orlando workers' compensation attorney on your side.

Call Morgan & Morgan at 877.667.426 or contact us online to have your situation evaluated by an experienced workers' compensation attorney.