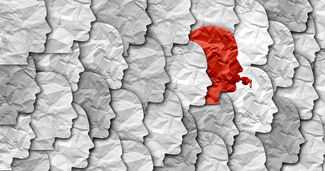 When health and safety violations and other illegal activities go unreported, the government is defrauded and innocent people may suffer harm. If you believe a government employer is engaging in fraud in the Tallahassee area, we at Morgan & Morgan are ready to stand by your side. With the help of our experienced whistleblower attorneys, you can expose government fraud and may be entitled to monetary compensation. Contact us today to learn more.

What is a Whistleblower?

Individuals engaging in government fraud would like you to believe that whistleblowers are bad. However, nothing could be farther from the truth. Whistleblowers are vital to society because they expose wrongdoings for the greater good of the public.

In fact, the word whistleblower originates from referees blowing the whistle on foul or illegal plays in sports. Put simply, a whistleblower is someone who reports illegal activities carried out by a group or organization such as the U.S. government.

Many employees who notice government safety and health violations or other illegal activities never come forward for fear of being fired or suffering other repercussions. However, under the Florida Whistleblower’s Act, individuals in the private and public sector who wish to report employer wrongdoing have extensive protections.

This whistleblower’s law has two intentions:

Compensation under the Florida Whistleblower’s Act

It is important to understand that receiving compensation in a whistleblower case depends on how strong your case is, how big the fraud you report is, and the competency of your legal team. The moment you suspect government fraud may be occurring, consult with a knowledgeable attorney immediately.

In addition to receiving protections under the Florida Whistleblower’s Act, whistleblowers in Tallahassee are also protected under the federal False Claims Act. The False Claim Act was first created during the Civil War to end defense contractor fraud affecting the U.S. Army.

Today, millions of Americans are protected from retaliation from government employers as a result of this law. If you report an instance of fraud under The False Claims Act, you may be entitled to up to triple damages and 15 to 30 percent of the recovered funds.

Since spotting government fraud is not always easy, following are a few examples of fraudulent activities commonly reported:

Contact an Experienced Team of Whistleblower Attorneys in Tallahassee

Thanks to whistleblowers, countless funds have been recovered for the U.S. government and its citizens. However, being a whistleblower takes courage. Let our savvy legal team bolster your voice and help you fight against fraud. At Morgan & Morgan, we work tirelessly to get you rightful compensation. To discuss your Tallahassee whistleblower case with a lawyer today, call (850) 329-6895 or contact us online.