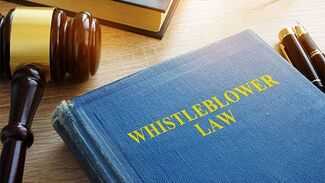 The federal government has every interest in enforcing its regulations and ensuring that it does not erroneously pay inflated or otherwise fraudulent claims to contractors and others with whom they do business.

Nevertheless, the government continues to lose hundreds of billions of dollars each year to fraud and waste. So, they are willing to provide large financial incentives to private citizens in Florida who are in a position to expose fraud and abuse, through whistleblower laws and qui tam lawsuits.

However, accessing these incentives is not as simple as calling up the FBI. Whistleblowers must follow strict procedures or risk forfeiting thousands.

At Morgan & Morgan, our Orlando attorneys understand the laws that apply. We advise and guide whistleblowers to ensure they receive the incentives to which they are entitled.

Get your free consultation today.

Qui tam Lawsuits and Their Origins

A qui tam claim is a lawsuit in which a private citizen – called a relator – brings a lawsuit on behalf of the federal government against an entity that has defrauded the government out of money.

These claims are authorized by the Federal Claims Act, a piece of legislation signed into law by Abraham Lincoln to stem the tide of profiteers who sought to bilk the federal government out of millions during the Civil War and the following period of Reconstruction.

Today, qui tam lawsuits can involve the misuse of government grants or disaster relief funds, and Medicare and Medicaid fraud by medical service providers as well as traditional overbilling by contractors.

When successfully sued for fraud under the Federal Claims Act, the guilty party may be liable for up to three times the amount of the actual fraud.

And the relator who brought the fraud to light may be entitled to receive up to 25 percent of the amount recovered through the suit, and even more, if the relator prosecutes the suit without government intervention. This means that a successful qui tam suit can translate into thousands in incentives for relators.

Other Whistleblower Incentives Available in Florida

While the Federal Claims Act was the first, other subsequent legislation has also followed the model of enlisting private citizens to uncover violations of federal regulations by offering financial incentives for whistleblowers.

Most notably, Section 922 of the 2008 Dodd-Frank Wall Street Reform and Consumer Protection Act authorizes the Securities and Exchange Commission (SEC) to pay substantial bounties to financial industry insiders who voluntarily provide information to the SEC which leads to the assessment of judicial or administrative penalties of $1 million or more for violations of the laws and regulations administered by the SEC.

In order to qualify, the information must be original – that is, derived from the whistleblower's independent knowledge and not already known to the SEC or other law enforcement or regulatory bodies – and it must be provided voluntarily, not as part of an SEC investigation or as testimony in a judicial or administrative proceeding.

Additionally, the whistleblower must file a claim with the SEC no more than 90 days after the fine is assessed. Failing to do so without the time limit can forfeit a whistleblower's right to compensation, even if they were otherwise entitled.

Florida whistleblowers who meet these criteria and follow the appropriate steps can potentially receive up to 30 percent of the amount recovered as compensation for their efforts.

Protections Available to Whistleblowers in Florida

The decision to blow the whistle is not an easy one, and usually requires people in already comfortable positions to risk that comfort – their jobs and their futures – to do the right thing by exposing corruption and greed. While the incentives offered by the Federal Claims Act and Dodd-Frank are a factor, they are probably not the main reason most whistleblowers chose to come forward.

Whistleblowers are very vulnerable to retaliation once their actions become known. This can range from simple harassment to adverse employment action, such as termination, demotion, or reduction of pay and benefits; to outright threats and intimidation.

Fortunately, those who suffer retaliation for exposing fraud, corruption, financial regulation violations, or labor and employment law violations are protected and may even have independent legal claims to the extent that retaliation has caused financial loss and mental distress.

Your Florida whistleblower lawyer understands how to apply these rights and protect you and your job.

Orlando Whistleblower Attorneys Help You Stand Up to Fraud

It is difficult enough to make the decision to speak up about fraud, illegal conduct, and regulatory violations. There is no reason to go it alone.

At Morgan & Morgan, our Florida whistleblower lawyers have experience protecting those who choose to speak up. We have fought for victims of retaliation and helped qui tam relators and Dodd-Frank reporters in Orlando protect their rights to receive compensation for the risk they have undertaken.

If you are considering coming forward about fraudulent billing or regulatory violations or if you have been the victim of retaliation for doing so, speak to one of our experienced Orlando attorneys.

We are available by phone at (407) 420-1414 or online to provide a prompt and cost-free evaluation of your situation.