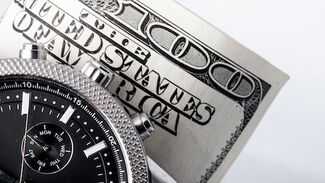 Miami has worked hard to improve its job market, resulting in a return to high levels of tourism and business. Although this growth has influenced the city’s strong cruising and shipping industries, among others, it has not changed the reality that some industries, particularly tourism, have employers who conduct wage theft with an alarming frequency. Employees, deprived of fairly earned wages, have become increasingly hesitant to speak up or take action, either out of a lack of knowledge about their position, fear of losing their job, or something else entirely.

If you think you’ve been deprived of wages by a Miami employer, one of Morgan & Morgan’s knowledgeable overtime lawyers might be able to help you. We understand the nuances and delicate nature of overtime regulations and can investigate your claim. Contact our Miami office for a free, no-risk case evaluation form today.

Who Is Eligible For Overtime Protections in Florida?

Realistically, this covers a majority of Florida employers and their employees, and so requires most of them to pay an overtime premium of 150 percent for every hour in excess of 40 worked in a recurring seven-day week.

Employees are supposed to be compensated for the entire time they are furthering their employer’s business, even if it exceeds 40 hours a week. Yet some employers require their employees to perform work either before clocking in or after clocking out. This can mean requiring you to do a variety of things, like clean up after your shift, travel through security checkpoints or traverse across a facility to a distant worksite, or putting on extensive safety equipment and uniforms before clocking in. Fifteen minutes of extra work a day might seem inconsequential, but that’s more than an hour a week, more than a week a year, and up to several months over the course of a career, all unpaid.

Wage and hour laws do not generally cover independent contractors. They aren’t entitled to minimum wage or overtime. However, you’re not necessarily an independent contractor just because your employer declares you are. There are several factors and fact-intensive legal tests for distinguishing between an employee and an independent contractor. This includes your amount of supervision, the nature of your work, where the work is performed, and who provides your tools, among other things.

Salaried employees can also be misclassified. Managers, executives, professionals, and administrative workers who exercise independent judgment can be exempt, and thus asked to work for more than 40 hours per a weeklong period.

A Miami Attorney Can Help You Understand Your Rights

No one should be forced to work for free. When Florida employers abuse their positions of power to take advantage of workers, our Miami attorneys can help you seek justice. If you believe your employer has wrongfully deprived you of overtime pay, contact us for a free case evaluation to have your situation evaluated by an experienced Miami attorney.