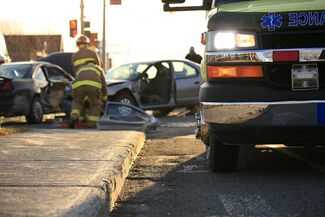 In 2010, there were an astonishing 10.8 million motor vehicle crashes in the United States, with almost 36,000 passenger deaths. In 2010, traffic fatalities amounted to 1,031 in Tennessee, 563 in Arkansas, and 641 in Mississippi. These three states also saw some of the highest fatality rates (deaths per 100 million vehicle miles traveled) in the country.

Motor vehicle crashes can be debilitating and thus often lead to considerable physical, mental, and financial hardship for victims. The annual cost of car crashes in the United States amounts to around $300 billion, a per person cost of around $1,500.

Were you or someone injured in an automobile wreck in Memphis? If so, fill out our simple online form for a free consultation.

In Tennessee, the most common causes of auto crashes include:

Steps After a Car Accident

The first, and arguably most important, step after a wreck is to find out who was liable for the wreck. An experienced lawyer will investigate whether other driver violated a law or whether the involved cars had any defect prior to the incident. There are four kinds of fault that Morgan & Morgan investigators will look for:

How a Memphis Car Accident Attorney Can Help

After a wreck, it is absolutely crucial to gather evidence such as such as police reports, witness statements, blood alcohol level (BAC) tests, and cell phone records to find out who is liable. Your lawyer will analyze the evidence and prove that the other driver behave irresponsibly and violated a statute of breached common law. Then, he or she will file a lawsuit to recover compensation (through a settlement or verdict) for current and future medical bills, lost wages, property damages, and pain and suffering.