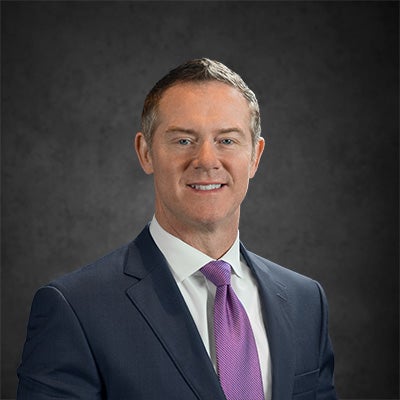 Born in Austell, Georgia in 1971, Mr. Martin graduated from Memphis State University in 1994. He attended the University of Memphis, Cecil C. Humphreys school of law and graduated in 1998. While there, he was named Best Oral Advocate and participated in the final rounds of the National Mock Trial Competition, in Houston, Texas.

Mr. Martin has been awarded the prestigious "AV Peer Review" rating by Martindale-Hubbell, the preeminent national publication in the legal field. According to Martindale-Hubbell, "An AV rating is a significant accomplishment - a testament to the fact that a lawyer's peers rank him or her at the highest level of professional excellence. A lawyer must be admitted to the bar for 10 years or more to receive an AV rating. This rating is based upon evaluations by other lawyers and is the highest ranking attainable by an attorney for ability and ethics in the practice of law. It is a distinction reserved for a select few in the legal community."

Mr. Martin was recognized as one of the Memphis area's “Outstanding Young Lawyers” in Memphis Magazine's Super Lawyer and Rising Star section.

Mr. Martin received the Sam A. Myar, Jr. Memorial Award from the Memphis Bar Association for outstanding service to the legal profession and community and was inducted as a Fellow of the Memphis Bar Foundation. According to the Memphis Bar Foundation, its mission is to “Promote philanthropy among members of the Bar, advocate and support public awareness of the legal system, promote social justice and legal education, and encourage recognition of professionalism among members of the Bar.” In keeping with its long-standing tradition, the Foundation upholds its mission by “selecting Fellows.”