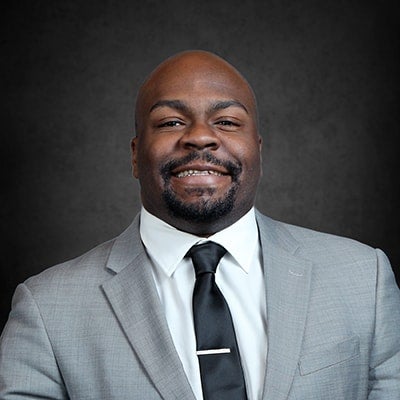 Mr. Thompson went on to earn his J.D. from Vanderbilt University Law School in 2015. During law school, he was involved with several student organizations. He was the President of the Black Law Student’s Association, one of the Executive Associate Justices of the Moot Court Board, and the Street Law Director for the Legal Aid Society. Vanderbilt Law School named Mr. Thompson the recipient of the Damali K. Booker Award, which is given each year to the third-year law student who has a keen dedication to legal activism and a demonstrated commitment to confronting social issues facing both Vanderbilt Law School and the greater Nashville community.

Immediately following law school, Mr. Thompson served as the Equal Justice Works AmeriCorps Legal Fellow with the Mississippi Center for Justice in Indianola, MS. Over the course of his fellowship, Mr. Thompson counseled over 500 people about their criminal records, he was able to get 130 criminal arrests and convictions expunged, and he helped over 30 people obtain employment.