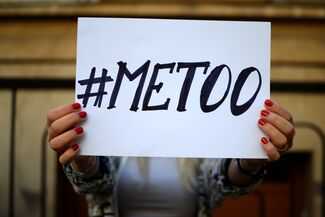 In recent years, the #MeToo movement has revealed the shocking frequency of sexual assault throughout the United States. New York, in particular, has seen a jump in rape reports. City officials believe this increase has to do with the #MeToo movement and the stigma surrounding sexual assault. Victims are not only increasingly willing to speak out, they rightfully demand compensation for their suffering. Below, we explain the nature of sexual assault in New York and how justice may be available via the state's civil system.

Definitions of sex crimes can vary to a surprising degree from one state to the next. The New York Penal Law Code uses the general term “sex offenses” to describe sexual acts that occur without the victim's consent. As the state's laws explain, consent is lacking when a perpetrator uses forceful means to get the victim to partake in sexual activity. These forceful actions include physical harm and threats. In some cases, the victim may prove incapable of consent due to a mental disorder or substance use. Lack of consent does not automatically infer rape in New York, although that is the case in many situations.

Sexual Assault as an Intentional Tort

Because of the many crimes the penal code mentions, it’s easy to see why New Yorkers often struggle to understand the technicalities of sexual assault cases. Thankfully, criminal justice is only the beginning. Victims can seek justice in the civil court system, where, if they provide sufficient proof, they can recover significant damages. These cases require the element of intentionality. That means the perpetrator didn’t commit an act of negligence but one that involves the intent to cause pain or distress.

Sexual assault is devastating. If you’re the victim of a sex crime, there’s little that can take away the pain and trauma of the incident. At Morgan & Morgan, we believe the price of pain is infinite. Our sexual assault attorneys are passionate about fighting for the rights of victims and granting them the full compensation they deserve. With more than 500 attorneys nationwide and billions of dollars recovered, we have the resources necessary to provide you the best service possible.

With the right attorney on your side, you can recover damages relating to pain and suffering, medical bills, lost wages, and more. After more than 30 years of trying cases in court, we know how much your injury is worth. Morgan & Morgan will never settle for less than you deserve.

Don’t go through this alone — the New York sexual assault attorneys at Morgan & Morgan are ready to help. Fill out a free free case evaluation today and learn more about what we can do for you.