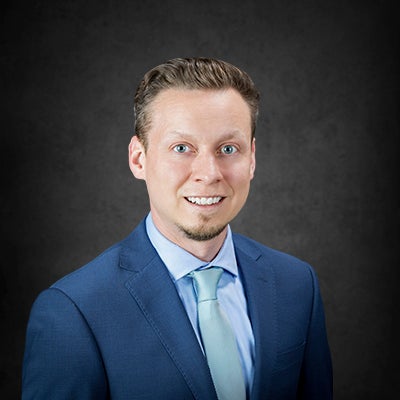 Mr. Autry recently relocated to Kentucky from Pennsylvania where he litigated cases in state and federal courts for more than a decade. During that time, he tried fifteen cases to jury verdict, and he orally argued twenty-eight appeals. Before trial, Mr. Autry took more than three hundred depositions, and he negotiated numerous favorable settlements for his clients.

With significant experience on both sides of the ball, Mr. Autry has a unique ability to anticipate and prepare for an insurance company’s defenses to paying a claim. Mr. Autry’s wide-ranging litigation background gives him key insights into how insurance companies handle claims across the board as well as the insurance companies’ litigation and settlement tactics in a variety of matters.

Before practicing law, Mr. Autry graduated from Liberty University in 2005 with a Bachelor of Science in Government. During his undergraduate studies, he excelled on the Debate Team, and the University named him “Best Debater” during his senior year.