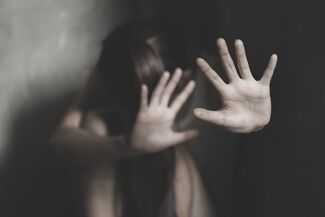 The state of Pennsylvania doesn’t have a specific statute relating to battery. Instead, the statutes refer to simple assault and aggravated assault. The standard definition of assault is the threat of doing bodily or mental harm to a person. On the other hand, battery refers to the actual harm done. In Philadelphia, assault is an intentional tort as well as a crime. That means the state may prosecute the defendant in criminal court, and you may sue the defendant in civil court. You may also hear assault referred to as assault and battery.

If you believe you’re a victim of assault in Philadelphia, contact Morgan & Morgan. We’re the nation’s leading plaintiffs’ law firm, with more than $5 billion recovered on behalf of our clients.

According to Penn. Stat. §2701, simple assault refers to someone attempting to cause bodily injury. It also refers to another person who intentionally, knowingly, and recklessly caused bodily injury. Additional definitions by statute include:

Penn. Stat. §2702 defines aggravated assault, which includes “the attempt to cause serious bodily harm to another.” If bodily injury has occurred, the defendant has to show “extreme indifference to the value of human life.” In some cases, even if the bodily injury or the attempt to cause the bodily injury was not serious, a defendant could be charged with aggravated assault. Usually, this is if the assault is carried out on a first responder, teacher, judge, child, police officer, or corrections officer.

If you have been assaulted or someone has threatened you with bodily harm, contact Morgan & Morgan. Our Philadelphia assault lawyers are passionate about fighting for the rights of victims, treating their cases personally. Morgan & Morgan has more resources than other firms. If we go forward with your case, you’ll get a full team of lawyers and legal staff by your side. And our clients get 24/7 open communication with their case staff through our mobile app.

More than 100,000 clients trust Morgan & Morgan and are clients for life. Discover what we can do for you by filling out this form for a free case evaluation.