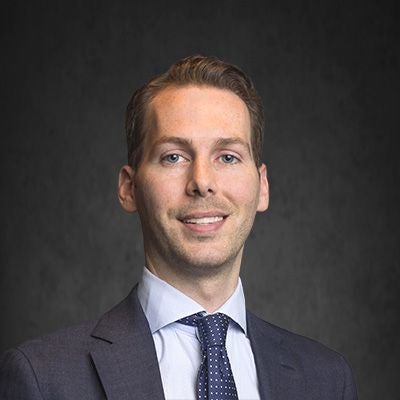 Clancy Boylan is the managing attorney of the Philadelphia Office where he represents individuals and families that have been catastrophically injured or killed in trucking or automobile collisions, construction accidents, premises liability accidents and medical malpractice. In 2021, Mr. Boylan was selected as a Distinguished Leader by The Legal Intelligencer at their annual Professional Excellence Award Ceremony. Only nine attorneys across Pennsylvania were selected for this award. Mr. Boylan was chosen due to his successful representation of clients and his efforts in overseeing the substantial growth of the Philadelphia Office. He received his Bachelor’s Degree from Saint Joseph’s University in Philadelphia in 2005, his MBA from Wilkes University in 2008 and graduated with his Juris Doctorate from Duquesne University School of Law in 2012.

Mr. Boylan has had multiple other six figure settlements and obtained millions of dollars in settlements and verdicts for his clients over the course of his career. He also helped hundreds of Pennsylvania families across the state whose use and enjoyment of their property was significantly impacted by the Oil & Gas Industry or had been injured by pipeline explosions.

While in law school, Mr. Boylan was a member of Duquesne’s nationally recognized Trial Advocacy Program. In 2011, he won the American Association for Justice (AAJ) Mock Trial National Championship in Las Vegas and in 2012 he was selected as one of the top 16 trial advocates in the country.

Mr. Boylan prides himself on going the extra mile for his clients. His mantra, which hangs above his desk so all his clients can see, is simple: “Good things come to those who hustle.” Mr. Boylan has spent every day of his legal career fighting and hustling for the people, not the powerful.

Outside of the courtroom, Mr. Boylan is heavily invested in his family and his community. He resides in Center City with his wife Abby and their two children, Bridie and Cillian. Mr. Boylan is an active member of the Make The World Better Foundation; Leukemia & Lymphoma Society Big Climb; The Pete and Jameer Nelson Foundation and The Boylan Foundation. He has also presented on the dangers of drinking and driving to many local city high schools.