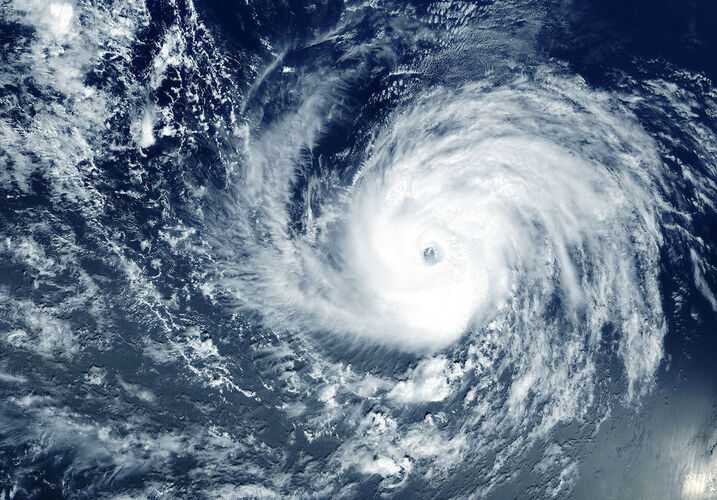 After forming in the Gulf of Mexico, Tropical Storm Cristobal made landfall in the U.S. in southeast Louisiana on Sunday, becoming the second-earliest named storm to do so. It continued its northern trajectory and has now become just the fourth tropical storm to reach Wisconsin in the past 100 years.

The storm’s outer bands have also spawned tornadoes in places like Orlando and even Illinois. Here’s a breakdown of some of the damage Cristobal has caused this week:

Cristobal’s path is the farthest northwest a tropical storm has ever traveled in the U.S. Its strength diluted, the storm is now passing into Canada, where it should taper off.

Cristobal is considered a unique storm not only for the path it’s traveled but for its incredibly low pressure, which is usually more indicative of a Category 1 hurricane rather than a tropical storm.

Whatever you call it, Cristobal has caused destruction from the bottom of the country to the top. Many home and business owners are sure to have severe property damage. Unfortunately, their insurance policies may not cover flooding — and even if they do, the insurance company may not be quick to fulfill their claims, if they approve them at all.

If you have storm damage and the insurance company is denying, delaying, or undervaluing your claim, contact Morgan & Morgan’s insurance claim attorneys. As America’s largest personal injury law firm, we are one of the few with the resources to take on big insurance companies and win. Over the past 30 years, we’ve recovered more than $7 billion across all practice areas for our clients.

Even if the insurance company denied your claim, you could still be owed compensation. Contact us today for a free, no-obligation case evaluation to learn more.

Where Can I See If My Medicine or Product Has Been Recalled?

The United States is the world’s largest consumer market. American households spend around $60,000 per year, including approximately $8,000 on food, $5,000 on healthcare, $1,000 on personal care…

Hurricane Ida made landfall in Louisiana on Sunday, and homeowners across the country are carefully eyeing the storm’s trajectory in hopes that they don’t find themselves in harm’s way. The storm has…