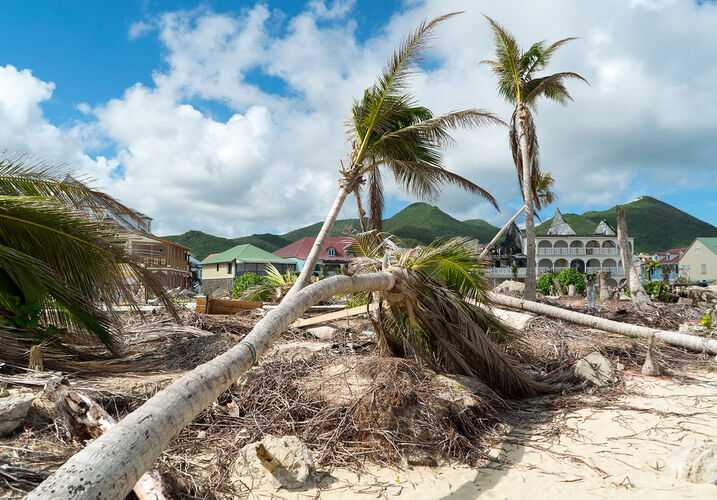 Hurricane Laura made landfall as a Category 4 hurricane, becoming the most powerful storm to ever make landfall in Southwest Louisiana, according to The Weather Channel. The storm’s damaging winds and flooding left a path of destruction across Louisiana, Texas, and parts of Arkansas, killing at least 14 people.

The storm eventually weakened to a tropical depression. “It is clear that we did not sustain and suffer the absolute, catastrophic damage that we thought was likely,” said Louisiana Governor John Bel Edwards in an address to the media. “But we have sustained a tremendous amount of damage. We have thousands and thousands of our fellow citizens whose lives are upside down.”

The total extent of damage may not be known for days because some areas remain inaccessible. What is known is that hundreds of thousands are still without power or water, and aerial views show extensive damage to homes and businesses.

More than 750,000 homes and businesses were without power in Louisiana, Texas, and Arkansas following the storm. And, according to the Louisiana Department of Health, more than 220,000 residents were unable to access water due to water system outages. More than 500,000 coastal residents evacuated the area.

A storm surge, which causes rising water to move inland from the coastline, remained several feet lower than the potentially catastrophic 15 to 20 foot surge the National Hurricane Center originally predicted. According to reports, ocean water rose as much as 12 feet.

While the lower-than-expected storm surge likely saved lives, the related flooding left damage across the Louisiana coast. There were whole neighborhoods leveled and many buildings with shredded roofs and blasted windows in parts of the coast. In Grand Lake, the high winds knocked dozens of rail cars off the track and the floods left a football stadium partially underwater.

In times like these, you can count on us. Our experienced attorneys have been helping clients and communities in the aftermath of hurricanes and storms for decades.

Insurance companies may attempt to deny, delay, or lowball your claim, and that’s the last thing you need to deal with when you’re picking up the pieces after a hurricane. It’s our job to hold them accountable and help you recover the money you need to put the pieces back together.

If you’ve been hit by a hurricane and are having trouble getting your insurance claim paid, contact an attorney immediately. There are no upfront costs to hire us. Schedule a free, no-risk case evaluation to learn more.