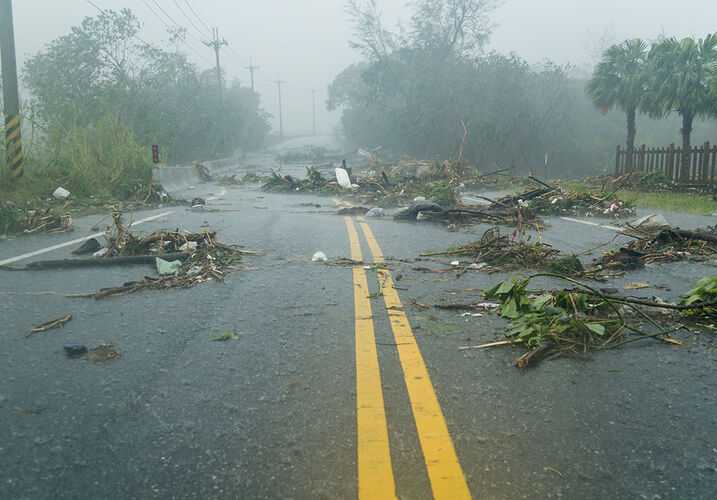 A hurricane, by definition, is a force to be reckoned with. In 2005, Hurricane Katrina ravaged Louisiana and caused over 1,800 fatalities and $125 billion in damage making it the costliest hurricane in U.S. history. Years later in 2017, Hurricane Harvey devastated Texas and Louisiana, tragically killing over 100 people and causing $125 billion in damages, tieing Harvey with Katrina as the most damaging hurricanes to hit the U.S.

Because of the level of destruction caused by these storms, there will never be another hurricane named Katrina or Harvey. But, why are hurricanes named at all? And how are the names chosen? We unravel the story behind hurricane names.

Attention home and business owners: have you suffered property damage after the last hurricane? Has your insurance company lowballed or denied your claim? If so, our hurricane insurance lawyers may be able to help. Visit HurricaneLawyer.com to learn more today.

What Counts as a Hurricane?

First things first: what exactly is a hurricane?

Storms are classified by different terms depending on where they form. Weather systems that form in the Northwest Pacific are called typhoons, ones that originate in the South Pacific or Indian Ocean are called cyclones, and hurricanes are tropical storms that form in either the Atlantic or Eastern Pacific Basin. They are monitored by the National Hurricane Center.

The word hurricane was first used to describe localized tropical storms in the West Indies. It comes from the Spanish word “huracán” which in turn comes from Hurkaan, the Taino ‘god of the storm.’

Why Do Hurricanes Need Names?

Hurricanes are given names in order to facilitate communication about them. Meteorologists need a way of denoting storms while they observe and track their movement. Also, multiple storms can develop at once in each ocean basin, so a means of differentiating between them is necessary.

Naming tropical storms and hurricanes also helps forecasters send warning messages quickly and effectively to the press and the public, which increases safety. Short, familiar names are easy for the media to report on, for professionals to discuss between stations, coastal bases, and ships at sea, and for homeowners to keep track of.

What’s in a Name?

At first, meteorologists used latitudes and longitudes to designate storms, but this method was not conducive to easy communication.

That’s why today, tropical storms and hurricanes are named alphabetically. Each year, the names are picked from a list kept by the National Hurricane Center in Miami and maintained by the World Meteorological Organization. There are six lists in total, and we cycle through them every seven years. The lists alternate between men’s and women’s names and the less common letters, Q, U, X, Y or Z, are not used.

The names on the lists were chosen to reflect the people in each region, but hurricanes are not named for any particular people.

In order to be respectful and avoid confusion, particularly deadly or costly storm names are retired. Names like Andrew, Irma, Katrina, and Sandy have been taken off of future lists. Last hurricane season only one name was retired, Ida.

The History of Hurricane Names

Forecasters have needed a way to communicate about storms for centuries, but the current system was not established until 1979. The process of naming hurricanes has a surprisingly fascinating, and at points contentious, history.

In the late 1800s into the early 1900s, hurricanes, cyclones, and typhoons were only named after they hit. A storm was named after the circumstances of its existence, such as the location where it struck, the Saint’s day it fell on, or the damage it left behind.

The Atlantic Oceanographic and Meteorological Laboratory traces the tracking of tropical systems by name back to an Australian forecaster named Clement Wragge in the early 1900s. He used alphabetical letters to identify storms at first, then started using South Sea Island girls’ names.

According to the AOML, when Wragge became frustrated over lack of funding, he began naming the storms after politicians whom he disliked.

In 1941, author George Stewart, inspired by Wragge, had the meteorologist in his novel Storm name Pacific systems after former girlfriends. The novel was popular among U.S. Army Air Corp and Navy forecasters, who soon began referring to Pacific storms after their girlfriends and wives amongst themselves.

Others called out the practice of only using female names as a form of slander against women. In the 1970s, Roxcy Bolton, the vice president of the National Organization of Women, began to petition the National Weather Service (formerly the U.S. Weather Bureau) to stop.

Agencies eventually needed an official system for differentiating between and tracking storms in the Atlantic and Pacific basins. In 1947, the U.S. Air force started using the Army/Navy phonetic alphabet to refer to hurricanes in internal communications between aircraft and weather centers.

In the summer of 1950, when three hurricanes developed at the same time in the Atlantic Basin, the ensuing confusion among the public and press provoked the solidification of the naming procedure. When a fourth storm hit, the United States Weather Bureau named it Fox.

Forecasters used the Army/Navy phonetic alphabet for storms in the Atlantic Basin between 1950 and 1952. Instead of adopting the International Phonetic Alphabet when the other list was deemed Anglo-centric, the Interdepartmental Hurricane Conference and the U.S. Weather Bureau agreed to start using women's names to label storms in 1953. Within a year, people began to criticize this decision.

According to the Times-News, in 1955 a politician in New Jersey, Rep. T. James Tumulty (D-NJ), "told a reporter that by following the practice, the weather bureau 'tends to treat a serious matter frivolously and may even aid to the deaths, injuries, and destruction' caused by hurricanes by unconsciously prompting the public to regard them frivolously, too." He suggested his own list of solemn names that he thought would get people to take storms more seriously.

Others called out the practice of only using female names as a form of slander against women. In the 1970s, Roxcy Bolton, the vice president of the National Organization of Women, began to petition the National Weather Service (formerly the U.S. Weather Bureau) to stop.

Research published in the 2014 Proceedings of the National Academy of Science concluded "U.S. hurricanes used to be given only female names, a practice that meteorologists of a different era considered appropriate due to such characteristics of hurricanes as unpredictability."

Men were finally added to the hurricane name list in 1979 under the command of Dr. Bob White, the administrator of the NOAA, who stated “that it was more in tune with the era and that in this day and age it was the sensible thing to do to name some hurricanes after men.”

Are Hurricane Names Not Threatening Enough?

Rep. Tumulty from New Jersey may have been onto something when he raised the alarm about how the public reacts to the connotations evoked by a hurricane’s name.

The researchers from the previously cited 2014 Proceedings of the National Academy of Science study argued that hurricanes with female names cause more deaths than male-named storms, suggesting that people don't prepare as much for feminine-sounding storms. The paper recommended that policymakers consider a new naming system that wouldn't allow people’s behavior to be affected by preconceived notions.

The study’s methodology has come under some scrutiny, but one thing is for sure.

Whether it’s because of a hurricane’s name, a lack of information or understanding, or a lack of preparation in the face of a storm, people still get hurt by hurricanes in ways that could have been prevented.

Make sure you check out our hurricane safety checklist. And, if your home is damaged as a result of a hurricane and your insurance claim is denied, our insurance attorneys may be able to help. Contact us today to learn what our attorneys can do for you.