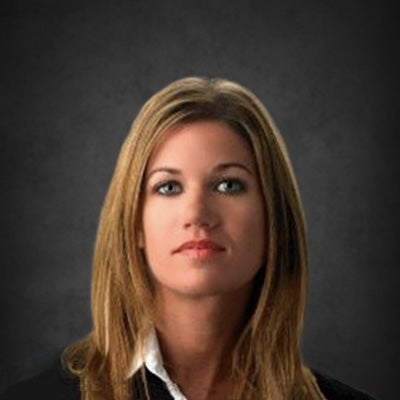 Ms. Oakey began her first career as the Peptides Reagent Manager for a Biotechnology Company near Charlotte, NC, which offered her the opportunity to work directly with universities, corporations, and non-profit organizations in their efforts to research and develop treatments for diseases ranging from diabetes to cancer.

In 2008, Ms. Oakey moved to Gulfport, FL, to attend Stetson University College of Law. During law school, Ms. Oakey was actively involved with the local community as well as the Stetson community. Ms. Oakey spent her summers volunteering with a non-profit organization providing free legal aid to residents in the community and interning as a Law Clerk for The Office of the Public Defender for the Tenth Judicial Circuit.

During the academic terms, Ms. Oakey participated as a member of Stetson Law’s Advocacy Board, which has repeatedly placed Stetson Law as the top law school in the nation for advocacy by U.S. News & World Report. Ms. Oakey competed on, both, the Alternative Dispute Resolution Board and the Trial Team, which has won first place in more national-level mock trial competitions than any other law school in the country. As a member of both teams, Ms. Oakey competed at the state as well as the national level and, in two competitions, Ms. Oakey was on one of only sixteen teams invited to compete from across the entire nation.

During her last semester as a law student, Ms. Oakey began clerking for The Law Offices of Keith Ligori where she conducted legal research and drafted an appellate brief that was successfully argued before Florida's Second District Court of Appeal. After being admitted to the Florida Bar, Ms. Oakey began practicing law with the firm as a Personal Injury Attorney.

In May 2013, Ms. Oakey accepted the position of Associate Counsel for the Law Offices of Jack D. Evans, Staff Counsel for Travelers Indemnity Company, where she gained invaluable trial experience and knowledge about the insurance industry. Within a year, Ms. Oakey won the national "Rising Star" Award for Travelers Claim Legal Trial Advocacy Program and was promoted to the position of Counsel. During her time with the Law Offices of Jack D. Evans, Ms. Oakey was recognized on numerous occasions for her work by, both, her clients and her colleagues in a national company-wide publication called "Sharing Our Successes."

When the honor to join Morgan & Morgan was offered, Ms. Oakey immediately accepted the invitation and moved to Pensacola in April 2017, where she now resides and proudly represents her clients across Northwest Florida.