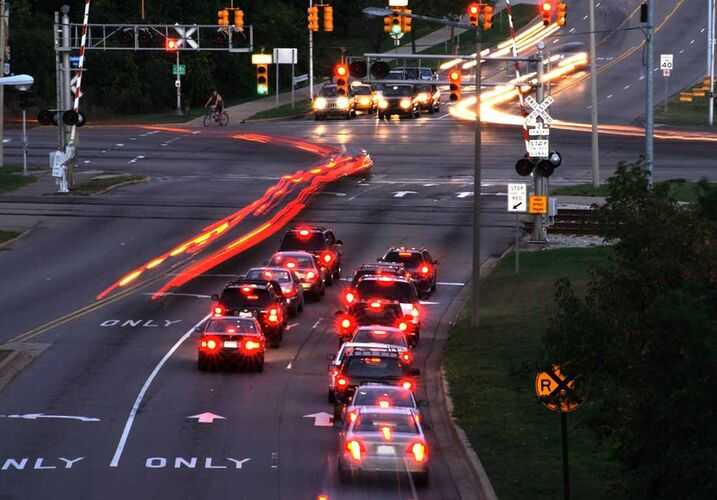 (Updated July 7: Police have rescinded their assessment that Venus Williams is at fault for a car crash in Florida after reviewing video footage, according to ESPN. Read the original post below. Link to the new ESPN report is also below.)

Tennis star Venus Williams faces a wrongful death lawsuit following a fatal car accident in Florida recently in which police found her at fault. Even though the state has a no-fault system for car accidents, the lawsuit filed by the daughter of a man killed when his car crashed into Williams’ is allowed under state laws.

Jerone Barson, 78, died on June 22 from injuries sustained on June 9, when he and his wife struck Williams’ car while she was stopped in an intersection, according to the Palm Beach Post. The accident happened in Palm Beach Gardens, a city north of West Palm Beach known for its many gated communities.

The report noted that Williams was not under the influence of drugs or alcohol at the time of the accident, nor was she distracted by her phone. Still, even though she was not distracted, the police found her to be at-fault for the accident for “violating the right of way.” This proved to be crucial.

In Florida, even though each driver is required to have Personal Injury Protection Insurance to cover their costs related to an accident, this coverage is only up to a certain amount. In severe accidents that result in costs in excess of what a PIP insurance policy will cover, the at-fault party can be sued to recover additional compensation. This is why the finding that Williams was at-fault for the accident is so important from a legal perspective.

Williams had just left the Steeplechase gated community directly south of the Ballenisles Country Club when she attempted to cross North Lake Boulevard to reach the club, according to the PBP. She entered the intersection traveling approximately five miles per hour, but traffic forced her to stop while blocking a lane of oncoming traffic.

The light for oncoming traffic was red when Williams entered the intersection, but it turned green when she was forced to stop, according to news reports.

At the same time, Linda Barson, who was driving with her husband in the passenger seat, began to slow down as she approached the intersection. Before she slowed completely, the red light changed and she proceeded to go through the green light, according to the PBP. It was at this moment Williams was forced to stop and block a lane which resulted in her vehicle being T-boned by the Barsons.

Jerome Barson sustained head injuries and was rushed to the hospital, while his wife suffered some broken bones and other injuries. Williams was uninjured in the accident.

The police found Williams to be at-fault for the accident, but ultimately found no reason to cite or charge her, according to PBP. While fault often doesn’t play a factor in no-fault states, in severe accidents, the question of who was at fault becomes very important because lawsuits can still be filed in no-fault states under certain circumstances.

There are many states other than Florida that use a no-fault insurance system when it comes to car accidents. While the specifics of each state may differ, the general concept remains the same: people buy their own insurance policy to cover the expenses associated with a car crash regardless of fault, like medical bills, lost wages, among other costs.

The reasoning behind this is that when a car accident happens, a person can receive compensation quickly instead of going through the long process of proving who was at fault and whose insurance company is responsible for paying.

In theory, that’s a great idea.

The problem is it only covers policyholders up to a certain amount. If medical bills, lost wages, and other costs associated with the crash that are covered under the policy exceed what the policy covers, in some states the at-fault party can be sued to recover more compensation.

Additionally, as in this case, a lawsuit can be filed for wrongful death when a car accident involves a fatality. The Barsons’ daughter, Audrey Gassner-Dunayer, has filed a wrongful death lawsuit against Williams, alleging it was her negligence that caused the accident and subsequent death of her father, according to the PBP.

Williams and her attorney have yet to respond to the lawsuit, but an earlier statement from her attorneys said, “This is an unfortunate accident and Venus expresses her deepest condolences to the family who lost a loved one.”

Update, July 7, 2017: Police have decided that Williams is not at fault for the accident. Read the ESPN report.

Should I Hire An Attorney If I Was Injured in a Car Accident in a No-Fault State?

The times after a car accident can be uncertain, with injuries to heal from and mounting costs you never accounted for. In Florida, even though all drivers are required to have a minimum of $10,000 of PIP insurance, you’re only eligible to receive a maximum of $2,500 in compensation unless your injuries are considered an “emergency medical condition.”

This was not always the case for Florida drivers. Until 2012, if a Florida driver with PIP insurance was injured in a car accident, they were immediately eligible for $10,000. However, the Florida Legislature changed that when it passed a bill capping non-emergency medical conditions at $2,500 in an effort to clamp down on fraudulent claims.

Additionally, unless you receive medical attention within 14 days of the accident, your PIP won’t cover you at all. At Morgan & Morgan, we know that injuries don’t always manifest themselves immediately after an accident and it may be some time before the extent of your injuries are fully realized. This means there could be people with legitimate injuries related to a car accident who may miss out on PIP coverage.

This is why it’s best to contact an attorney after a car accident whether you live in a no-fault state or an at-fault state. An attorney can lay out all your options for compensation, whether it be from your PIP insurance policy, a personal injury lawsuit, or as with the tragic accident involving Williams and the Bensons, a wrongful death claim.

If you or someone you love was injured in a car accident, we want to hear from you. We are experienced car accident attorneys who can help you decide the best course of action following an automobile crash. Contact us today to learn more.