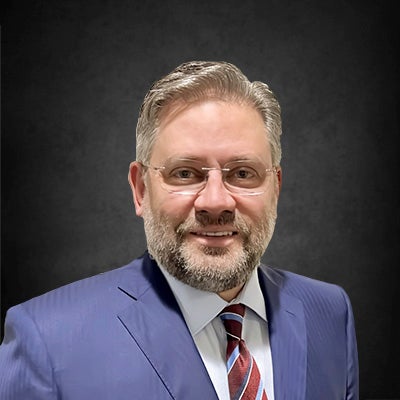 Erby J. Fischer has been a trial lawyer for 25 years.   Raised in Fort Payne, Alabama, he went to college at Troy University, attended graduate school at the University of Alabama, and made his way to the UA School of Law where he received his J.D. in 1996.  A few years later, Mr. Fischer opened his own practice in Tuscaloosa before eventually moving the firm to Birmingham, where he has litigated cases on behalf of plaintiffs all over the State of Alabama, and elsewhere, for more than 20 years.  Over the course of his practice, Mr. Fischer has represented clients in a wide array of matters, including catastrophic personal injury with an emphasis in commercial vehicle crashes and products liability.  Mr. Fischer has also represented consumers, small businesses, and government clients in complex litigation, insurance fraud and bad faith actions.

Mr. Fischer has obtained many sizable settlements and jury awards on behalf of his clients. Some of his representative successes have included a $2.5 million jury verdict in a case involving premises liability and a $6 million verdict in a trade secrets lawsuit. Complex litigation has yielded numerous results including those for $63 million, $17 million, and $12 million. Other recent successes include $6.5 million in a personal injury case and $6.9 million and $5.8 million respectively in wrongful death cases.  Over his career, Mr. Fischer has personally handled cases resulting in more than $200 million in recoveries for his clients.

These and other successes have earned Mr. Fischer the praise and respect of his fellow attorneys. The recipient of an AV Preeminent peer review rating through Martindale-Hubbell, he has been selected for inclusion in both Alabama Super Lawyers and the Mid-South Super Lawyers, a distinction afforded to no more than 5% of attorneys.

In January 2021, Mr. Fischer joined Morgan and Morgan and was tapped to lead the Birmingham, Alabama office as Managing Attorney.