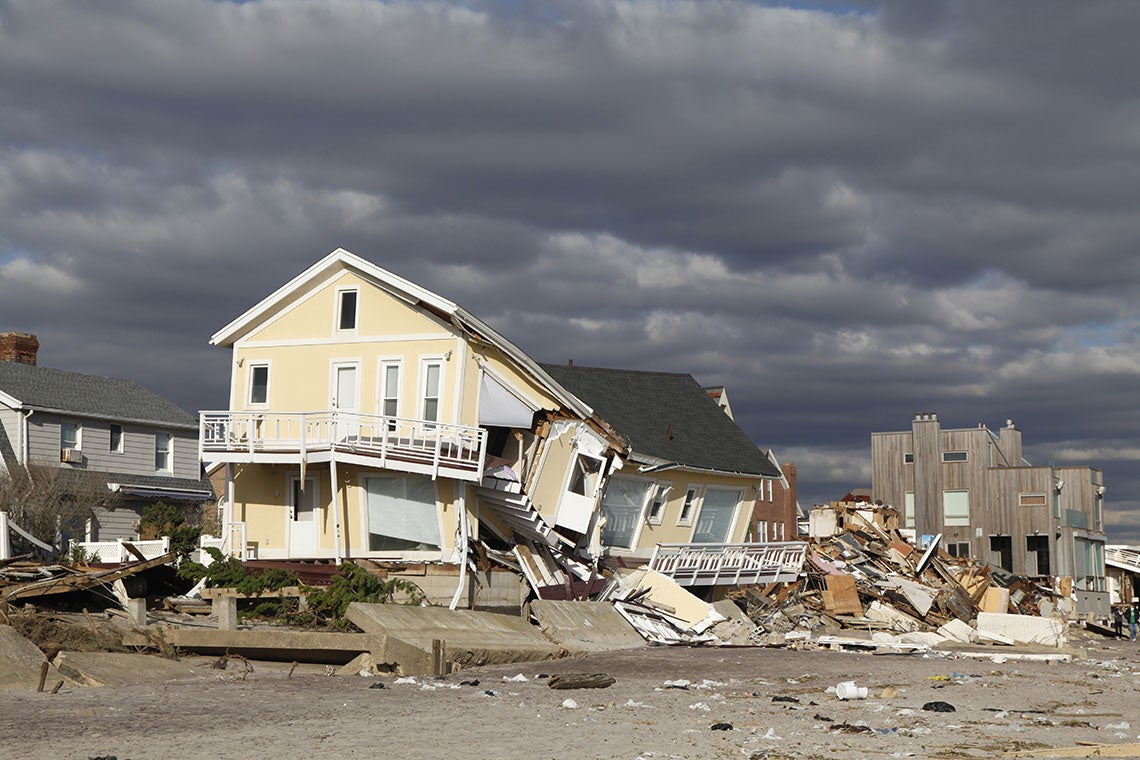 This is the first in a series of posts about Hurricane Preparedness Week. Stay tuned for our next post about the origin of hurricane names, why certain hurricane names are retired, and more.

Cyclone, tropical storm, typhoon, hurricane. These storms may go by different names around the globe, but they are universally feared for the destruction and havoc they wreak wherever they make landfall.

As we approach hurricane season — which takes place between June 1 and Nov. 30 for Atlantic coast residents — it’s important to get back into a hurricane safety mindset well before the first storm of the summer makes headlines and the crowds rush supermarkets for milk, bread, and eggs.

May 8 marks the start of Hurricane Preparedness Week, and in recognition of this week, we will be sharing hurricane content to help keep your family informed and safe ahead of hurricane season.

Today, we look at the most deadly hurricanes from the past 100 years to rock our nation.

Attention home and business owners: have you suffered property damage after the last hurricane? Has your insurance company lowballed or denied your claim? If so, our hurricane insurance lawyers may be able to help. Visit HurricaneLawyer.com to learn more today.

The San Felipe-Okeechobee Hurricane is the second most deadly hurricane in the entire history of the United States, paling in comparison only to the infamous 1900 Galveston Hurricane. The storm was named in part after the celebrated feast day of Saint Phi, which fell on the day the storm struck Puerto Rico.

San Felipe-Okeechobee hit Florida on Sept. 16, 1928 around 6 p.m., and although most coastal regions of the state fared well through the storm, those who lived near Lake Okeechobee experienced unforeseen devastation.

The rain from the hurricane filled Lake Okeechobee to the brim, causing the dikes to fail and lake water to flood the nearby farmlands, according to the Chicago Tribune. Nearly 2,000 people died in the aftermath of these flood waters.

What's the difference between a Category 1 hurricane and a Category 5 hurricane? Download our infographic about hurricane categories to learn more today.

Hurricane Katrina became a household name on Aug. 29, 2005 when it made landfall as a fierce Category 3 storm in Louisiana. Katrina’s storm surge was particularly unforgiving in New Orleans, where it destroyed levees, stranded residents on rooftops, and left four-fifths of the city submerged in flood waters, according to the New York Times.

The wrath of Hurricane Katrina caused catastrophic damage to Louisiana, Mississippi, and Alabama, displacing hundreds of thousands of people from their homes. The Federal Emergency Management Agency estimates the total damage caused by the storm to tally up to $108 billion, making it the costliest hurricane in the history of the United States.

Because of the extent of the hurricane’s destruction, the name “Katrina” has been retired from use for future hurricane names.

The effects of Hurricane Katrina are still felt to this day along the Gulf Coast, as residents continue to rebuild their communities. Studies suggest that the storm has taken a long-term physical and mental toll on victims.

This hurricane swept through the Gulf of Mexico passing under Florida as a Category 4 storm, before weakening to a Category 3 at landfall in Corpus Christi, Texas. The hurricane’s winds created a storm surge of up to 12 feet, causing major damage to the coastal area of the city, according to the U.S. National Oceanic and Atmospheric Administration.

In total, between 600 to 900 people died as a result of the hurricane. Most of these people were aboard the 10 ships in the area, which sunk or went missing during the storm.

Hurricane Audrey is among the worst hurricanes to strike the Gulf Coast in recent decades. The storm made its devastating landfall near the coast of the Texas/Louisiana border on June 26, 1957.

Audrey did extensive damage to many cities in Louisiana. Cameron, Louisiana was completely destroyed with the exception of one structure, the town’s courthouse, which remained standing after the storm passed through, according to History. The storm surge downed houses along the Louisiana Intracoastal Waterway and was responsible for the majority of the lives lost during Hurricane Audrey.

And that’s not all. Audrey’s winds spawned several tornadoes across Mississippi and Alabama, which caused additional damage further inland, according to Hurricane Science. Hurricane Audrey is also infamous for becoming the first hurricane to reach fearsome Category 4 strength in the month of June, which is relatively early in hurricane season.

Hurricane Sandy (also known as Superstorm Sandy) is proof that even relatively “minor” storms can cause catastrophic damage when the conditions are right, as the storm was technically a post-tropical cyclone, rather than a true hurricane, when it hit New Jersey on Oct. 29, 2012.

Despite being downgraded from a Category 1 storm by the time it made landfall, Sandy unleashed high winds and record storm surges from New Jersey to Connecticut. The disastrous storm surges were made worse in part by high tides due to the full moon, according to the NOAA, resulting in mass flooding of Lower Manhattan’s seawalls, highways, and subway tunnels throughout the city.

Coastal cities throughout the area were demolished in the surge. Millions of residents experienced mass power outages for weeks after the storm. Gas shortages also became an issue and gas rationing was instituted in some counties in New York and New Jersey, according to CNN.

While not nearly as deadly as Katrina, Superstorm Sandy still proved itself to be a truly destructive force, costing the United States over $50 billion in repairs. The remnants of Sandy’s wrath are still felt in some coastal cities in New Jersey and New York such as Breezy Point and Long Beach Island.

Lingering damage from the storm still plagues the New York metro area’s infrastructure, resulting in the emergency shutdown and repair of the Metropolitan Transportation Authority’s Montague Street Tunnel in 2013, as well as the planned shutdown of the Canarsie Tunnel{:target="_blank"} in 2019.

If you are currently fighting with your insurance company over damage done to your property, fill out our free, no-risk case evaluation form today to learn how our insurance attorneys can help.